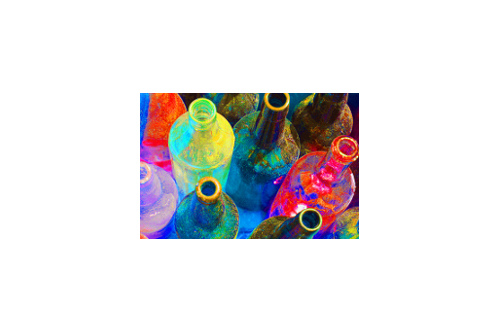 Technology continues to create attractive new products, including e-books and iPods, that give users access to a vast number of previously licensed copyrighted works. But when a new product exploits these works without the permission of the copyright holder, litigation is likely, especially where the new use has significant economic value.

The parties to the litigation are most often the copyright holder who licensed the copyrighted work and the licensee who seeks to exploit the work in the new product. The licensor claims that the license does not contemplate the new use. In response, the licensee asserts the new use is simply an evolutionary or forward step in the presentation of the work and is therefore permitted by the license.

Determining the scope of rights granted by a license usually turns on the intent of the parties. But in most new use cases there was no intent. When the license was executed years before, the parties to the license likely never thought about the new use. In the absence of intent, how does a court resolve a new use issue where the license fails to expressly authorize the use?

The three leading new use cases in the Second Circuit, Bartsch v. Metro-Goldwyn-Mayer Inc; Boosey & Hawkes Music Publishers Ltd. v. Walt Disney Co., and Random House Inc. v. Rosetta Books LLC, provide some answers. Each resolves the issue of the scope of the license by focusing on the language of the copyright holder’s grant of rights.

These cases indicate that a licensee may exploit the copyrighted work without the consent of the copyright holder if: (a) the grant is broad enough to encompass the new use; (b) that use was not unknown at the time the license was executed; and (c) the new use may reasonably be said to fall within the medium described in the license.(4) Further, the medium the courts appear to be referring to is the method or form of distribution of the copyrighted work.(5)

As discussed below, these cases provide some useful guidance to licensors and licensees facing a new use issue.

The circuit court affirmed the dismissal of the action. The court admitted that ‘‘any effort to reconstruct what the parties actually intended nearly forty years ago is doomed to failure.’’(7) The court instead focused on the language of the grant, stating that it conveyed the ‘‘broadest rights.’’(8)

The court rested that conclusion on its construction of the word ‘‘exhibit.’’ The court stated that the right to ‘‘ ‘[e]xhibit’ such motion picture . . . throughout the world’ ’’ ‘‘means to ‘display’ or to ‘show’ by any method,’’ including on television, ‘‘and nothing in the rest of the grant sufficiently reveals a contrary intention.’’(9) The court thus permitted the licensee to ‘‘ ‘properly pursue any uses which may reasonably be said to fall within the medium as described in the license,’ ’’ thereby avoiding ‘‘the risk that a deadlock between the grantor and the grantee might prevent the work’s being shown over the new medium at all.’’(10)

The Second Circuit added that ‘‘[i]f the words are broad enough to cover the new use, it seems fairer that the burden of framing and negotiating an exception should fall on the grantor’’ at least when ‘‘the new medium was [not] completely unknown at the time when the contract was written.’’(11) The court also noted that the ‘‘future possibilities of television were recognized’’ at the time the license was signed.(12)

The Second Circuit reversed the grant of summary judgment to plaintiff on its infringement claim. The appellate court, echoing Bartsch, admitted the impossibility ‘‘many years after formation of the contract,’’ of ‘‘ascertain[ing] the parties’ intent.’’(16) Instead, the court stated ‘‘[w]hat governs under Bartsch is the language of the contract. If the contract is more reasonably read to convey one meaning, the party benefited by that reading should be able to rely on it.’’(17)

In reading the contract, the appellate court applied ‘‘neutral principles of contract interpretation.’’ Boosey stated its ‘‘new-use analysis’’ neither ‘‘favors’’ nor ‘‘disadvantages’’ either party.(18) The court took pains to state that Bartsch had not adopted ‘‘a default rule in favor of copyright licensees.’’(19) Boosey also rejected an approach that ‘‘tilts against licensees.’’(20) Such an approach would give ‘‘rise to antiprogressive incentives,’’ making movie ‘‘producers . . . reluctant to explore and utilize innovative technologies.’’(21)

Boosey found the ‘‘license ‘to record in any manner, medium or form’ doubtless extends to videocassette recording.’’ (22) The court then went further and held that the ‘‘right ‘to record in any . . . medium’ . . . for use ‘in [a] motion picture’ ’’ was ‘‘broad enough to include distribution of the motion picture in video format,’’ ‘‘absent any indication in the Agreement to the contrary.’’(23) Under these circumstances, the court stated Stravinsky should have added appropriate language to the license ‘‘if he wished to exclude new markets resulting from subsequently developed motion picture technology.’’(24)

In reaching this result, Boosey cited to and appeared to follow(25) the expansive definition of motion picture expressed in Bourne v. Walt Disney Co.(26) In Bourne, the Second Circuit stated that a motion picture included ‘‘a broad genus whose fundamental characteristic is a series of related images that impart an impression of motion when shown in succession. . . . Under this concept the physical form in which the motion picture is fixed—film, tape, discs, and so forth—is irrelevant.’’(27)

Applying this definition, Boosey concluded that video format was simply one of the ‘‘subsequently developed methods of distribution of a motion picture’’ and was therefore permitted by the license.(28) Boosey added that ‘‘[i]f a new-use license hinges on the forseeability of the new channels of distribution at the time of contracting,’’ the licensee ‘‘has proffered unrefuted evidence that a nascent market for home viewing of feature films existed’’ when the license was executed.(29)

In Rosetta, three authors licensed Random House the right to ‘‘print, publish, and sell’’ their novels ‘‘in book form.’’(30) Thereafter, Rosetta Books acquired from these authors the right to publish their novels as e-books. A day after Rosetta began selling their novels in e-book form, Random House moved to enjoin the sale. The district court denied the motion, finding that the authors had not conveyed e-book rights to Random House.(31)

The district court first noted that the authors’ licenses to Random House distinguished between the ‘‘pure content—i.e. ‘the work’— and the format of display—‘in book form.’ ’’ The court stated that Random House’s own dictionary ‘‘defines a ‘book’ as ‘a written or printed work . . . usually on sheets of paper’ . . . and defines ‘form’ as ‘external appearance of a clearly defined area.’ ’’(32)

The court then noted that the licenses gave Random House additional rights to ‘‘publish book club editions, reprint editions [and] abridged forms.’’(33) The court concluded that Random House would not have required these additional rights ‘‘if the phrase ‘in book form’ ’’ was as broad as Random House contended and ‘‘encompassed all [these] types of books.’’(34) The court also relied on trade usage, noting that the phrase to ‘‘ ‘print . . . in book form’ is understood in the publishing industry . . . to be a ‘limited’ grant’ ’’ and ‘‘generally’’ refers to a ‘‘hardcover trade book.’’(35)

The district court distinguished Bartsch and Boosey because the grant language in those cases ‘‘was far broader than here.’’(36) The court added that the ‘‘ ‘new use’ in those cases—i.e. display of a motion picture on television [Bartsch] or videocassette [Boosey]—fell squarely within the same medium as the original grant.’’(37) In contrast, Rosetta observed the new use at issue, ‘‘electronic digital signals sent over the internet—is a separate medium from the original use—printed words on paper.’’(38) The court relied in part on Random House’s expert who concluded ‘‘that the media [analog and digital] are distinct because information stored digitally can be manipulated in ways that analog information cannot.’’(39)

The court, mindful of avoiding an approach that ‘‘ ‘tilts against licensees,’ ’’ stated ‘‘that the policy rationale of encouraging development in new technology’’ was ‘‘at least as well served by finding that the licensors’’ retain e-book rights.(40) ‘‘In the 21st century it cannot be said that licensees such as book publishers and movie producers are ipso facto more likely to make advances in digital technology than start-up companies.’’(41)

Adding little to the district court’s reasoning, the Second Circuit held the denial of Random House’s request for an injunction was not an abuse of discretion. The court stated that the issue whether ‘‘the licenses’’ ‘‘extend to ebooks’’ required ‘‘fact-finding regarding . . . the ‘evolving’ technical processes and uses of an ebook . . . and the reasonable expectations of the contracting parties.’’(42)

Most Recent Developments in the E-book Controversy

Ironically, Random House recently announced e-book rights to the same older works created by the authors who were successful in Rosetta.(43) By memo dated December 11, 2009, Random House’s chairman stated that it ‘‘considers contracts that grant the exclusive rights to publish ‘in book form’ . . . to include the exclusive right to publish in electronic book publishing formats.’’(44) The memo made no reference to Rosetta. Further e-book litigation may follow.

In sum, parties wishing to predict a new use outcome may gain useful guidance from these cases.

The grants in Bartsch and Boosey easily qualified because of their breadth. In Bartsch, the court found the right to ‘‘exhibit’’ the motion picture included its ‘‘display’’ ‘‘by any method,’’ including television.(45) In Boosey, the court held the grant, to ‘‘record’’ the composition ‘‘in any manner’’ or ‘‘form’’ for use in a motion picture extended to the movie’s distribution in video.(46) In contrast, the grant in Rosetta to ‘‘print . . . ‘‘in book form’’ did not extend to the new use because the district court found the means of distribution in the grant were narrow.(47)

Second, licensees are likely to prevail if they can show that the new channel of distribution might have been foreseen by the licensor at the time the license was executed. Thus, Bartsch noted that the future possibilities of television were not unknown.(48) Boosey referred to a ‘‘nascent market for home viewing.’’(49)

Finally, Rosetta offers licensors seeking to narrow the grant a convenient road map. Trade usage or industry custom may be used to limit the scope of the license. Further, there may be separate grant language in the license setting forth other rights to the copyrighted works. In that case, a court may find that such additional language would not have been necessary if, as the licensee contends, the grant language it seeks to enforce conveys all rights. Rosetta also indicates that a finding for the authors-licensors does not necessarily implicate antiprogressive incentives. That is because the Internet may have helped licensors achieve some parity with traditional licensees in developing ‘‘new technologies that will enable all to enjoy the creative work in a new way.’’(52)