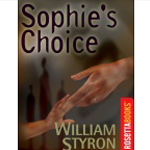 Random House has now apparently reversed course with respect to electronic rights to William Styron’s earlier works. A decade ago Random House claimed it had ebook rights to those works. But Random House, Inc. v. Rosetta Books LLC, 150 F.Supp.2d 613 (S.D.N.Y. 2001), aff’d, 283 F.3d 490 (2d Cir. 2002), held otherwise. Judge Stein found that Random House’s license agreements with Styron, giving Random the right to “print, publish, and sell” Styron’s older works “in book form,” did not give the publisher the right to distribute these works as ebooks. See my earlier post on this subject here.

In December 2009 with sale of ebooks increasing, Random House’s issued a memo that again claimed it had ebook rights to these older works. The memo, which made no reference to Rosetta, stated that Random House “considers contracts that grant the exclusive rights to publish ‘in book form’ … to include the exclusive right to publish in electronic book publishing formats.” The Author’s Guild responded stating it was “regrettable and unhelpful that Random House has chosen to try to intimidate authors and agents over these old book contracts. With such a weak legal hand, it would be well advised to stick to its strength — the advantages that its marketing muscle can provide owners of e-book rights.” The Guild’s statement is here.

Random House has now done an about face. The NY Times reported on April 25 that Random House “appears to be letting go of digital rights” to at least two of Mr. Styron’s older works, Sophie’s Choice and Confessions of Nat Turner. The Times further reported that Random House referred to Styron as “a unique family situation.”

I suggest that Random House may have instead reread Rosetta, as affirmed by the Second Circuit, and acted accordingly.