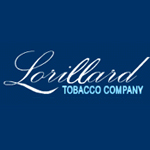 A recent Tenth Circuit decision in a trademark case demonstrates that it is possible to win even when nothing goes right. In this case, Lorillard Tobacco Co. v. Engida , plaintiff sued a liquor dealer under the Lanham Act for selling counterfeit Newport cigarettes.

In response, the liquor dealer sought its attorneys fees under 15 U.S.C. § 1117(a) of the Lanham Act, which provides for fees “in exceptional cases” to “the prevailing party.”

Undaunted, Lorillard appealed again. The issue before Tenth Circuit was whether the dealer had achieved prevailing party status as required by § 1117(a). The dealer had won every legal battle causing Lorillard to drop the action. Wasn’t that enough?

No said the Tenth Circuit, reversing the grant of attorneys fees. The court noted that throughout this litigation the dealer never answered the complaint nor moved for summary judgment. Apparently the dealer (though it’s not clear from the opinion) simply extended its time to respond to the complaint. Therefore, the Tenth Circuit stated, under Federal Rule of Civil Procedure 41(a)(1)(A), in the absence of an answer, Lorillard had the right to voluntarily dismiss the action without court order and did so without prejudice.

The court explained that Lorillard’s “[v]oluntary dismissal does not create a prevailing party” because there never was “‘a judicially sanctioned change in the legal relationship of the parties.’” Instead, Lorillard could re-file the action again whenever it wished.

The Tenth Circuit also stated that the dealer did not achieve prevailing party status by defeating Lorillard’s preliminary injunction motion. That was because the denials of that motion by the district and appellate courts were not based on the merits but resulted from Lorillard’s failure to show irreparable harm. Accordingly, these non-merits denials “did not judicially alter the parties’ legal relationship.”

The take away from this case is that an answer to a complaint does more than simply avoid a default. It prevents a voluntary dismissal.

Had the dealer answered,  Lorillard could only have dismissed the action under Federal Rule of Civil Procedure 41(a)(1)(A) “by court order, on such terms the court considers proper.” At that point the dealer could have demanded a “with prejudice” dismissal. That would have given the dealer prevailing party status enabling it to seek its legal fees from Lorillard. As my grandmother used to say, a stitch in time ….