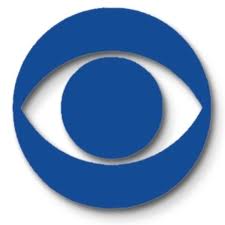 Judge Naomi Buchwald on November 22 in CBS Broadcasting v. Filmon.com issued an order temporary restraining FilmOn “from infringing by any means, directly or indirectly, any of plaintiffs’ exclusive rights under Section 106 (1 )-( 5) of the Copyright Act, including but not limited to through the streaming over mobile telephone systems and/or the Internet of any of the broadcast television programming in which any plaintiff owns a copyright.”

In late September Filmon began U.S. streaming digital feeds of broadcast network programming without the consent of the  broadcasters. On October 1, CBS, joined by every other major network, sued for copyright infringement.  Although the Copyright Act compels broadcasters to license the retransmission of their content to cable systems and broadcast satellites, the networks argue they are not required by Section 111 of  the Copyright Act to grant compulsory licenses to start-ups like Filmon for streaming internet services.

The broadcasters appear to have precedent and the Copyright Office on their side. VuVision attempted to start a similar service in December 2009. By January 4, 2010, it consented to an injunction ending that service. iCravetv.com tried to stream network broadcasts from Canada into the US in 2000 and again was shut down. The injunction, findings of facts and conclusions of law are here.

The Copyright Office also opposes internet streaming. In 2000 it stated “copyright owners should be allowed to determine when and under what circumstances they wish to make broadcast programming available over the Internet without concern that a third-party packager will make these decisions for them under the auspices of a government-mandated compulsory license.” Eight years later in the Satellite Home Viewer Extension and Reauthorization Act Section 109 Report the Copyright Office again said no to internet streaming, stating it “opposes the circumstance where any online content aggregator would have the ability to use a statutory license to sidestep private agreements and free from any of the limitations imposed on cable operators and satellite carriers by the Communications Act and the FCC’s rules.”

So where’s the beef? Why would Filmon and another internet streamer ivi, TV (yes with a small “i”) venture into this market knowing that Big Content was ready to jump on their necks?

One answer may be the face of the compulsory license provision, 17 U.S.C. § 111(f)(3). This subsection loosely defines a cable system as a

a facility, located in any State, Territory, Trust Territory, or Possession, that in whole or in part receives signals transmitted or programs broadcast by one or more television broadcast stations licensed by the Federal Communications Commission, and makes secondary transmissions of such signals or programs by wires, cables, microwave, or other communications channels to subscribing members of the public who pay for such service.

Filmon and ivi may fit under this definition. A “facility” is not defined but may extend to some kind of on the ground presence which Filmon and ivi presumably have in New York. Each receives signals transmitted by one or more television broadcast stations and then makes secondary transmissions of those signals over the internet, which constitutes “wires, cables, microwaves, or other communications channels.” Each also made its transmissions to subscribing members of the public who pay for the service.

Although Congress enacted this generous definition of a cable system in 1976 to give the cable industry, then heavily regulated, some breathing room, it is still on the books; and courts often interpret statutes as they are written.

Remember the Copyright Office has not always fared so well when it takes a position contrary to the face of a statute. In the recent case of Muench v. Houghton Mifflin, Judge Preska rejected a Copyright Office’s long-standing interpretation of a provision of the Copyright Act stating that a court’s function is “to give effect to the best reading of the words” of a statute “even if the proper interpretation” “upholds a ‘very bad policy.'”

There is much at stake here. The networks and cable systems will fight to retain their business model in the face of increasing consumer streaming of real-time entertainment and a desire among some to cut the cord and remove a cable subscription from a physical address.

As I told the Wall Street Journal in their fine article on these cases a few days ago, I think the networks have the “better argument.” But the face of the statute gives the streaming start ups some hope. Stay tuned.

5 thoughts on “CBS Draws First Blood in Its Effort to Shut Down Filmon.com’s Internet Streaming”