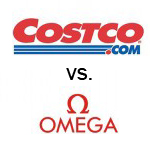 I mentioned in my post yesterday that all eyes are on the 2d Circuit as we await the decision in the Kirtsaeng case (district court opinion here) which was argued last May. It involves text book arbitrage: the sale here of books made overseas for distribution there at prices below those charged for books intended for the U.S. market.

There are also two other appeals before the 2d Circuit in cases with similar fact patterns: Pearson v. Arora that was argued on January 19, 2011 (district court opinion here) and Pearson v. Kumar (district court opinion here) that will be argued next Monday March 21. The Kirtsaeng and Arora cases were before different panels.  Kirtsaeng was heard by Judges Cabranes, Katzmann and a visiting district judge. Arora was heard by  Judges Cabranes, Raggi and a visiting Connecticut judge. The panel for the Kunar case has not yet been announced.

Whether one or all these panels will deviate from a finding in favor of the publisher (the result in the Ninth Circuit in Omega v. Costco remains to be seen but this will be a hot issue over the coming year and will likely remain so as the gray market continues to erode manufacturing jobs here. Stay tuned.