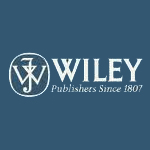 The cloud lingering over the gray market industry since the Supreme Court split 4-4 in Costco just got a lot darker. Gray market goods are those made by the copyright holder abroad and then imported into this country without the permission of the copyright holder. Just last week it seemed the 2d Circuit would never decide John Wiley v. Kirtsaeng argued in May of 2010. See post here. Today in 2-1 decision the 2d Circuit affirmed the result below.

The 2d Circuit held that § 602 (a)(1) of the Copyright Act trumps the first sale doctrine in § 109(a) of that Act with respect to goods made abroad and then imported into this country. But the tension between § 602 (a)(1) and § 109(a) is far from over. Kirtsaeng admitted the case raised “a particularly difficult question of statutory construction” and the result was therefore a “close call”  And Judge Murtha’s well-reasoned dissent in Kirtsaeng adds to the uncertainty.

This tension between these sections was at play in Kirtsaeng. Mr. Kirtsaeng was engaged in what some refer to as textbook arbitrage. He bought text books Wiley made aboard and intended for distribution abroad and without Wiley’s consent imported and sold them in this country at prices below what Wiley charged for the same texts it manufactured here.

Kirtsaeng sought refuge under the first sale doctrine. He argued that, once Wiley had sold these texts abroad, Wiley had exhausted its first sale rights and therefore he was free to resell them in the U.S. Kirtsaeng relied on the “subject to” language of section106 (3). That language gives the copyright holder the exclusive right to distribute “subject to” a number of sections of the Copyright Act, including section 109. Thus, Kirtsaeng asserted that, once Wiley exercised its first sale rights abroad, Wiley lost its exclusive right to control distribution of the goods under §§602(a)(1) and 106(3). In other words, Kirtsaeng stated that Wiley should not complain that he, as lawful owner of the goods, resold them here because Wiley had already received a fair return for those goods abroad.

The problem for Mr. Kirtsaeng was some vague and ill-chosen language in the first sale doctrine. It only applies to copyrighted goods “lawfully made under this title.”  But no one really knows what “lawfully made under this title” means. As the 2d Circuit aptly noted in Kirtsaeng, “made is not a term of art in the Copyright Act,” and the word “under” is a “chameleon and courts must draw its meaning from its context.”

The majority in Kirtsaeng opted for the first interpretation with considerable skepticism, recognizing that “lawfully made under this title” “is simply unclear.” The lack of clarity hobbles the opinion.

Kirtsaeng stated that restricting the first sale doctrine to domestically made goods might be the “logical consequence” of the presumption against extraterritorial application of the Copyright Act. Id. at 14.  But the court also acknowledged that “certain provisions of Title 17 take account of activity occurring abroad.”  For instance, the court stated that “§ 104(b)(2) provides that copyright protection can apply to works published in foreign nations.”

Moreover, Kirtsaeng indicated that “‘lawfully made under this title’ appears in other provisions of Title 17 where it is at least arguable that Congress intended this language to apply to works manufactured outside of the United States.”  The court pointed to § 106(a)(1) of the Audio Home Recording Act, which provides for royalties to the copyright owner whose work is embodied in a digital recording. The court noted the Copyright Office’s view that royalties under this section are “not limited to those recordings manufactured in the United States.”

So, in view of this “particularly difficult question” of first impression, what prompted the Second Circuit to restrict the first sale doctrine to only those goods made in the U.S.?

The Second Circuit stated that this result “best comports” with § 602 (a)(1) and the Supreme Court’s opinion in Quality King.  The court reasoned that, applying the first sale doctrine to works made abroad, would give “no force” to § 602 “in the vast majority of cases.” But, as the dissent pointed out, § 602 will still apply: “to copies of a work that have not been sold [abroad] or are piratical copies;” “to copies of a work not lawfully manufactured under title 17 but lawfully manufactured under some other source of law,” and “to copies not in the possession of the ‘owner,’ e.g., a bailee, licensee, consignee or one whose possession of the copy was unlawful.”

The court also indicated that dicta in the Supreme Court’s earlier opinion in Quality King v. L’Anza seemed to suggest that § 602 “had a broader scope than § 109(a)” because § 602 applied to goods made “under the laws of some other country.”   But the concepts of being lawfully made under the laws of another country and lawfully made under this title are not mutually exclusive. If a U.S. copyright holder makes goods in Brazil, then the copies are made in accordance with the Copyright Act (which gives the holder the right to make copies) and therefore those goods are lawfully made under this title as well as presumably under Brazilian law.

The defendant had appropriately warned that a finding for Wiley may induce manufacturers to shift operations overseas to take advantage of the expanded protections of § 602.   Although the majority touched on this concern, the court passed the ball to Congress, inviting it to “correct our judgment” “if our decision leads to policy consequences that were not foreseen by Congress.”

Kirtsaeng raises some troubling questions that are the subject of Mr. Kirtsaeng’s petition for en banc review. If the first sale doctrine no longer applies to any goods made abroad (as others have warned) even though imported with the permission of the copyright holder, has the Second Circuit given foreign manufacturers the right to destroy longstanding and enormously important secondary and rental markets in this country? In other words, does a Japanese car manufacturer who imports and sells a car in this country now have the section 106(3) right to direct the buyer not to resell it?

But Kirtsaeng is now binding Second Circuit precedent that Arora and Kumar must follow. Only an intervening change in the law or en banc review will allow the Second Circuit to deviate from its holding in Kirtsaeng. Nevertheless, with the 4-4 split in Costco and Judge Murtha’s dissent in Kirtsaeng, there may be more to come.

For more discussion on the interplay between §§ 109 and 602 click here and here.

2 thoughts on “The Wait For Kirtsaeng Is Over: The 2d Circuit Holds, Consistent With The 9th Circuit’s Opinion In Omega v. Costco, That The First Sale Doctrine Applies Only To Goods Manufactured In This Country”