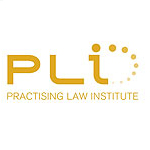 Andrew will be a panelist in a webinar on November 1 sponsored by PLI dealing with the tension between Sections 109(a) and 602(a)(1) of the Copyright Act following the Second Circuit’s decision in John Wiley v. Kirtsaeng. Other panelists are William Dunnegan who represented John Wiley in this case and John T. Mitchell.

This tension between these sections was at play in Wiley v. Kirtsaeng that will be the subject of the PLI seminar. Mr. Kirtsaeng was engaged in what some refer to as textbook arbitrage. He bought text books Wiley made aboard and intended for distribution abroad and without Wiley’s consent imported and sold them in this country at prices below what Wiley charged for the same texts it manufactured here.

Kirtsaeng sought refuge under the first sale doctrine. He argued that, once Wiley had sold these texts abroad, Wiley had exhausted its first sale rights and therefore he was free to resell them in the U.S. Kirtsaeng relied on the “subject to” language of section106 (3). That language gives the copyright holder the exclusive right to distribute “subject to” a number of sections of the Copyright Act, including section 109. Thus, Kirtsaeng asserted that, once Wiley exercised its first sale rights abroad, Wiley lost its exclusive right to control distribution of the goods under §§602(a)(1) and 106(3). In other words, Kirtsaeng stated that Wiley should not complain that he, as lawful owner of the goods, resold them here because Wiley had already received a fair return for those goods abroad.

The problem for Mr. Kirtsaeng was some vague and ill-chosen language in the first sale doctrine. It only applies to copyrighted goods “lawfully made under this title.”  But no one really knows what “lawfully made under this title” means. As the 2d Circuit aptly noted in Kirtsaeng, “made is not a term of art in the Copyright Act,” and the word “under” is a “chameleon and courts must draw its meaning from its context.”

The majority in Kirtsaeng opted for the first interpretation with considerable skepticism, recognizing that “lawfully made under this title” “is simply unclear.”

The Second Circuit’s opinion raises some troubling questions which the seminar will explore. For instance, is the first sale doctrine no longer applicable to any goods made and sold abroad even if they were imported with the permission of the copyright holder? In other words, can a Japanese car manufacturer now direct its US buyers not to resell their cars? Further, what are the chances the decision will be reviewed by the entire Second Circuit en banc? Please come to the webinar for some answers.

For more information about the program, please click here.