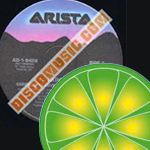 Judge Wood found no preclusion though the result could spur a multiplicity of actions.

Plaintiffs here seek massive statutory damages from Lime Wire for its inducement of millions of individuals to infringe 9,715 sound recordings. In separate actions brought in earlier years, plaintiffs obtained 16 default judgments totaling $94,500 against some of these individuals for infringing 104 of the recordings that are also at issue in this action. Plaintiffs ultimately collected less than $48,000 from these judgments.

Defendants argued (their brief is here) that, because plaintiffs have already received an award with respect to these 104 works in earlier actions, plaintiffs cannot recover a 2nd award in this action against Lime Wire.

Defendant focused on the single award language of §504(c)(1). That section states that “a copyright owner may elect an award of statutory damages for all infringement involve in the action, with respect to any one work, for which any one infringer is liable individually, or for which any two or more infringers are liable jointly and severally.”

Defendants contended that, with respect to the 104 sound recordings, plaintiffs have already recovered in earlier actions “an award for all infringements [of those 104 songs that are also] involved in this action.” Defendants logically asserted that those infringements are involved in this action as well because Judge Wood could only have held Lime Wire liable (on summary judgment) for inducing individuals to directly infringe these 104 songs based on proof in this action that the individuals had, in fact, infringed.

In response plaintiffs contended that §504(c)(1)’s limitation of one award per work “for all infringements involved in the action” did not extend to other actions against different defendants. (Their brief is here.) Plaintiffs argued that statute does not say that a copyright owner is limited to a single statutory award “in all actions involving the same works.” Plaintiffs also reminded the court it had already limited them to a single award against Lime Wire per work infringed no matter how many countless individuals Lime Wire had induced to infringe that work.

Plaintiffs stated it would now be absurd for the court to hold that plaintiffs forfeited the right to seek even a single award with respect to the 104 works at issue simply because plaintiffs had years before obtained minimal awards in different actions against individual infringers who had infringed the same works. Plaintiffs asserted that defendants were essentially seeking to eliminate plaintiffs’ right to recover as much as $15.6 million in statutory damages based on 16 default judgments from which plaintiffs collected less than $48,000.

The Court Finds for Plaintiffs

The court sided with plaintiffs. In the absence of precedent, the court relied on the face of the statute, stating:

Specifically, Section 504 does not state that a copyright owner is limited to a single statutory damage award for each work, no matter how many actions the owner brings. Rather, the language, ‘all infringements involved in this action,’ is included in Section 504 to make clear that a plaintiff copyright owner may obtain only one statutory damage award per work in any one action, regardless of the number of times that a particular work is infringed.

Judge Wood also endorsed plaintiffs’ argument that, for §504 to have the meaning defendants contended, the statute would have to provide that “the copyright owner may elect, at any time before final judgment is rendered . . . to recover an award of statutory damages . . . for all infringements ever committed of the same work involved in the action . . . for which any two or more infringers may ever be jointly and severally liable.” The court  added that the jury, in setting the award with respect to these 104 works may “consider that Plaintiffs have already recovered from a direct infringer for some portion of the infringements that Defendants induced.”

This result has considerable equitable appeal. It seems unfair for a plaintiff to forfeit its right to collect substantial statutory damages in a second action against one jointly and severally liable defendant just because the plaintiff obtained a minimal award against another jointly and severally liable defendant in the first action, especially when the statute does not expressly provide for such preclusive effect.  But at the same time this result permits a plaintiff with the resources to bring a number of separate actions against any number of jointly and severally defendants. A plaintiff could, for instance, sue several individuals in separate actions and obtain discovery from each which it could then use in another action against the secondarily liable defendant who induced these individuals to infringe. Although such a strategy will burden the courts, this decision allows it.

Your reactions are welcome. For my earlier post on three other novel issues of statutory damage that Judge Wood also decided in this case please go here. Also see my posts here,  here and here for a discussion of some other issues regarding statutory damages that often confuse litigants.