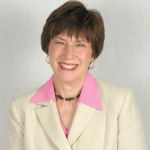 Here is the 3rd and final post of my conversation with Judith Finell on the role musicologists play in copyright infringement disputes.

In Part 1 of that conversation, which is here, Judith explains the on-the-job training musicologists need to be effective in this forensic activity and the issues musicologists deal with before music is released and after it becomes the subject of litigation.

In Part 2 of my conversation with Judith which is here, she discusses music sampling, how musicologists assist counsel in resolving copyright disputes and the techniques, including spectrogram analysis, they use.

In part 3 below, Judith talks about why there is growing copyright infringement in the music business and shares some of her unique experiences in music litigation.

Q. Why is there so much infringement of music today?

A. Some of the reasons for copyright infringement today include:

1.         The way that music is composed, produced, and constructed today differs from any time earlier in music history. Composers now routinely produce music electronically. Within moments of beginning to create a new musical work, composers can now access, an unlimited array of synthesized sounds, scales, rhythmic patterns, and musical expression from world cultures. As a result, composers begin their creative and origination process at a very different starting point and in a culture of sharing fundamental building blocks of musical composition that never existed before. Basically, the composer’s paint box has multiplied enormously.

In addition, with the developments in music technology, composers today can realize their own creations without depending on others in a new “do it yourself” world. This is a radical departure from any previous time in music history. For example, even as recently as the 20th century, great composers such as Leonard Bernstein and Igor Stravinsky depended on orchestras and singers to hear their own music performed as it was intended. They also depended on recording studios, engineers, and record companies to produce and distribute performances of their works. Instead, today’s composers can use tools that enable them to produce full-scale, orchestrated recordings of their own works, often with very little collaboration with other musicians or recording engineers, and can circulate them online within moments of their completion. For example, synthesizer technology has evolved to the point that a symphony orchestra can be simulated with a very high level of realism.

2.         The digital environment now makes its convenient and easy to appropriate musical materials in illegal ways. Unfortunately, wide-spread infringement has lead to wide-spread acceptance among some in the industry.

3.         Employers often commission music by giving composers “temp tracks” as examples of the type of music desired. Once exposed to the model or “temp track,” it is difficult for the composer to create a work that differs from the initial model while still fulfilling the assignment.

4.         The availability of a great deal of pre-cleared music, and “beats,” and the difficulty of distinguishing between legitimately usable materials and unauthorized material of similar styles or genres. In the context of hip hop and other urban popular music, a “beat” commonly refers to the non-vocal layer of a song not including instrumentals, which is frequently based on a looped recording of a drum or percussion rhythm. It is often used repeatedly throughout large sections of the song, and provides the pace, style, and environment of the song over which the lyrics are sung or rapped, and the instrumental passages are layered. Beats are available online, both for free and purchase. With the advent of rap music beginning over 20 years ago, we were frequently asked by attorneys and their clients to assess whether a particular beat was substantially or strikingly similar to another pre-existing one.

5.         The wide-spread misunderstanding of terms such as “fair use,” “parody,” and “public domain” – and their applications to music.

6.         The wide-spread practice of file sharing, whether legitimate or illegal. Music is now borderless. An unsigned band can upload and market its songs through a web site without needing a more formal distribution arm. In turn, any amateur or professional musician can then copy the band’s works without or without its permission.

Q. Judi, share with us some examples of the kinds of cases you have been involved in and the results achieved.

A. I have been engaged by both the plaintiffs and defendants for a number of years. While I cannot give the names of the parties involved due to confidentiality, I will describe some of the typical cases that I have seen, and some of the outcomes. Many cases settle on the court room steps, as you know, but this is usually after depositions, and other steps in the litigation process have occurred.

In one particularly interesting case, I was asked to testify as the expert for a plaintiff. The plaintiff’s and defendant’s songs were extremely minimalistic in their musical elements, though nearly identical when compared. The challenge in this case arose because the songs shared a one-note melody, repeated over 100 times with the same rhythm in each song. The defense argued that this musical feature was too simple and obvious to claim originality in the first place. My belief was that the works were substantially similar precisely because they shared the same stark feature which, in itself, was very unusual. In addition, because of its minimalistic nature, other similar features, such as rhythm and harmony, took on greater significance than usual. We substantiated my theory by supplying examples of other one-note melodies that were distinctive and recognizable due to their rhythms and other musical elements. The case settled favorably after depositions and before trial.

Recently, I have been asked to opine on numerous cases involving the use of music technology, and its impact on the methods of musical construction. In one case, an instrumental artist was convinced that a lengthy passage of his recording had been sampled and used in another artist’s recording. The second artist denied it, and also claimed no access to the first artist’s work, which was recorded in a remote area of Eastern Europe. We utilized spectrogram analysis, as well as traditional musical analysis techniques to demonstrate that the first recording was most definitely the source for the second one. The case settled favorably before proceeding to trial.

Sometimes I am asked to testify in cases involving musical artists who have been injured in a way that their careers are lessened. In this respect, I am asked to opine on the musical talents of the injured party, as well as the reality of the artist’s career expectations within the context of the music industry.  In one case, I was engaged by the defendant’s insurance company when an aspiring instrumentalist was injured in a car accident, claiming that her musical career had declined due to her injuries that rendered her unable to practice her instrument as often as was required to reach her career goals. I reviewed numerous video and audio recordings of her performances of the same musical works from before and after the accident. In trial, with the use of the video tapes, musical scores, and a metronome, I demonstrated how the artist’s velocity, strength, and accuracy in challenging musical passages had actually improved after the accident. In this particular trial, as in most, I used a piano keyboard to illustrate my points to the judge. In addition, I was asked to assess the reasonableness of the plaintiff’s aspirations and expectations before the accident, given the reality of the music profession and industry. The trial resulted in a victory for the defendant.

Thanks Judi, that has been a really wonderful and a most useful explanation of the world of musicology in the context of copyright infringement. Judith has graciously agreed to answer follow up questions. You may contact her by emailing her at judi@jfmusicservices.com or by posting a comment below. Also to see a related article that Judith has written discussing developments in music technology that impact on copyright infringement, click here.