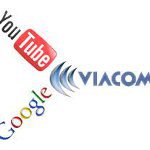 Thankfully the Second Circuit in Viacom v. YouTube  has reversed Judge Stanton’s see no evil, speak no evil opinion which had granted summary judgment to YouTube. But in response to the “most important” issue the appellate court stated it faced, that court dropped the ball.

The issue was whether the actual and red flag standards in § 512(c)(1)(A)(i) and (ii) of the DMCA each required actual knowledge of specific and identifiable infringements. The district court had wrongly said yes. The Second Circuit stated it was carving out an “independent” role for the red flag standard. But the standard the court adopted mirrors the actual knowledge test and ignores the plain meaning of the statute. Thus it is unlikely the red flag standard will be of much use going forward in evicting Internet Service Providers (“ISPs”) from the safe harbor. But in any case, there may now be good reason for these copyright goliaths to settle this litigation.

For those unfamiliar with the background here’s a summary. Under § 512(c)(1)(A)(i) and (ii) of the DMCA, an ISP is disqualified from the safe harbor if it has actual knowledge that the material . . . on the system is infringing” or (b) lacks “aware[ness] of facts or circumstances from which infringing activity is apparent.” Courts refer to these two knowledge standards as actual and red-flag knowledge.

Instead, the district court held that defendants would only be charged with actual or red-flag knowledge if they knew of “specific and identifiable infringements of particular individual items.” This result made no sense. If an ISP welcomes an infringer to its site, as Judge Stanton admitted You Tube did, isn’t there at least a jury question whether the ISP is aware of (quoting the statute) “facts or circumstances from which infringing activity is apparent.”

Unfortunately the Second Circuit did not give life to the red-flag standard. Instead, the appellate court adopted a standard that mimics the actual knowledge test: each is satisfied by knowledge of “specific infringements.”

The only difference between the two standards is that red flag awareness is viewed objectively while the actual knowledge standard is judged subjectively. In the court’s view the actual knowledge standard is satisfied by the ISP’s subjective awareness of a “specific infringement.” The same “specific infringement” that is “objectively’ obvious” to a reasonable person satisfies the red flag standard.

Why Would Congress Enact Two Standards if the Same Level of Knowledge Satisfies Both?

I suggest the appellate court got it wrong. Although the court stated its result was “compel[led]” by the “text of the statute,” the court ignored the text. The red flag standard begins with this proviso, “in the absence of such actual knowledge.” Thus, Congress must have intended that something less than actual knowledge of infringement was enough to raise a red flag. Further, Congress would not have enacted two knowledge standards (actual and red flag) if the same level of knowledge satisfied both. Yet the 2d Circuit gave the red flag standard virtually no independent application. Although the court noted three pieces of evidence that might eject defendants from the safe harbor, the court never stated that any satisfied the red flag standard. Instead the court left it all to the jury.

Thus it is unlikely the red flag standard will play any more of a role in ending an ISP’s safe harbor status in the future than it has in the past. And maybe that is not surprising. ISP’s like YouTube host countless videos acquired from as many sources. How can the proverbial reasonable man determine whether a particular video clip posted on an ISP is infringing? As Eric Goldman points out, even Viacom couldn’t tell whether a number of its videos were illicitly placed on YouTube.

But even if a video were to have Pirate Bay labels slapped all over it–raising a red flag and making its infringement “objectively obvious”–wouldn’t almost any ISP also have actual knowledge of the obviously infringing nature of this video? So what purpose will the red flag standard serve?

In any case Viacom may now go forward with this litigation despite the bumps it may face in the road ahead. But my prediction is that with both goliaths a bit bloody, a settlement is in the offing. The parties need each other as evidenced by their recent business deal carved out in the midst of this litigation. YouTube wants the quality content Viacom creates and Viacom needs a venue to display it. Further, now that willful blindness may also remove safe harbor status, does YouTube want that issue fleshed out in  litigation possibly resulting in a precedent that could hurt You Tube and the rest of content hosting industry. Stay tuned

For my earlier posts on this case click here, here, here and here. For a similar view from the Aaron Sanders blog click here.