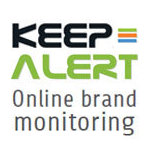 Keep Alert, which had been engaged in brand monitoring, published a study (here) of decisions under the Uniform Domain Name Dispute Resolution Policy (UDRP) in 2011. The study is a treasure trove of useful and noteworthy information, including the following:

1. The arbitration tribunal at the World Intellectual Property Organization (WIPO) handled the most UDRP cases in 2011: 2,764.

2. WIPO decided 88% of these cases in favor of the mark owner.

3. The National Arbitration Forum (NAF) based in Minneapolis handled the next highest number of disputes, 2,082, and found for claimants in 83% of the cases.

4. Why such a high success rate for mark owners? Keep Alert took a closer look at 2,500 decisions handled by all the dispute resolution providers and found that in 75% of the cases respondents defaulted. Further the study found that, although mark holders are most often represented by counsel, only 8% of respondents chose to have counsel.

5. What is the most popular form of cybersquatting? Domains that use marks together with generic terms such as “online,” “buy,” “shop,” “sale” and “outlet.” For instance in Advance Magazine Publishers Inc. v. Arena International Vogue successfully compelled transfer of the domain buyvogue.com on the grounds it was confusingly similar to the Vogue mark.

6. Another frequent form of cybersquatting is the registration of a domain name identical to a trademark. Thus in Barclays v. Hair the arbitrator ordered transfer of the domain barclays.org.uk to Barclays, finding that respondent had registered it for the sole purpose of attempting to sell it to the bank at an exorbitant price.

7. What uses do abusive domain registrants make of their domains before they are transferred to the mark owner? The study found that more than 50% of the abusive domains were “parking pages,” offering sponsored links to 3rd party sites that generate pay per click revenue for the domain owner.
Cybersquatters also use abusive domains to sell counterfeit goods. Thus respondent in Calvin Klein v. Chen Jian Rong was found to have registered in bad faith the following domains: calvinklein-boxes.com, calvinklein-ckunderwear.com, calvin-klein-underwears.com and calvinklein-uk.com.

8. Where do most of the claimants come from? The US tops the list at WIPO and NAF.

10. Which entity was the most active in fighting cybersquatting? The Danish toy company Lego was the clear winner, filing more than 250 UDRP proceedings before WIPO in 2011. The second and third most active claimants were Allstate Insurance and Hoffmann-LaRoche, respectively.

11. Which representatives filed the most UDRP cases on behalf of mark owners? Melbourne IT through its Digital Brand Services did so in part because they represent Lego. The US firm Mintz Levin, representing Allstate, was in 2d place followed by the French firm Dreyfus & Associés.

12.  Which registrar is involved in the most UDRP decisions? Not surprisingly, it’s Go Daddy, the largest domain registrar in the world, which was the preferred choice of cybersquatters in 22% of all decisions studied.

13. What happens to the domain names once they are transferred back to the mark holder? Most become inaccessible. Thus, after the NAF in Anheuser-Busch, LLC v. David Hill ordered that budlighthotel.mobi and budweiserhotel.com be transferred back to Budweiser, those sites are no longer active.