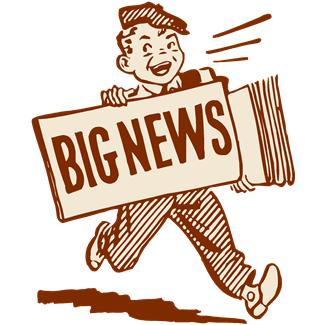 When you use another’s likeness without that person’s permission, you may have a multi-million-dollar problem.  A jury in California recently awarded a kindergarten teacher, Russell Christoff, $15.6 million because Nestle U.S.A. violated his right of publicity by using his image without authorization on its Taster’s Choice coffee labels.

Please note; since this article was published in 2005 the jury verdict was reversed. The California Court of Appeal held that under the California single-publication rule, because Christoff had not filed his lawsuit within two years after Nestlé first “published” the label, his cause of action is barred by the statute of limitations. But the Supreme Court in 2009 again reversed ordering the trial court to take another look and answer the question how the statute of limitations deadlines should be calculated in lawsuits involving multiple product labels. In May 2010 the parties agreed to dismiss the case with prejudice; it is unclear what the final result was.

The right of publicity recognizes that a person’s identity has economic value resulting from the person’s creativity and efforts. The value may be significant.  For example, some athletes earn more from endorsements than from their salary.

The right of publicity protects each person, celebrity or not, and allows each to control and profit from his or her identity. This right protects all aspects of one’s persona including one’s voice, name, nickname and even property and phrases closely associated with that person. A majority of states recognize publicity rights either by statute or through case law. California and some others protect those rights even after a person’s death.

The damages a defendant may be required to pay for a violation of the right of publicity will be an amount sufficient to compensate a plaintiff for that person’s diminished ability to commercially license one’s identity in the future. Also recoverable is the lost licensing fee that the defendant could have negotiated with the plaintiff before engaging in the unauthorized use.  In addition, California and some other states permit a plaintiff to recover a defendant’s profits arising from and attributable to the unauthorized use.

In the Taster’s Choice case, Mr. Christoff recovered a portion of defendant’s profits, resulting in an award of substantial damages. That is because Nestle had made millions from its sales over a five-year period of the Taster’s Choice brand containing Mr. Christoff’s image on the label.  The jury determined that 5% of those profits, or a whopping $15.3 million, arose from Nestle’s use of that image. The jury also awarded Mr. Christoff $330,000 as his lost licensing fee.

The First Amendment may protect an unauthorized copy of another’s identity if the copy adds significant creative elements or is used to provide social commentary on a matter of public interest.  For example, Los Angeles Magazine was permitted to use an image of Dustin Hoffman’s head from the movie Tootsie superimposed on a male model’s body wearing a designer dress and heels. The court stated the image was part of an article combining “fashion, photography, humor, and visual and verbal editorial comment on classic films and famous actors.” Similarly, a court found baseball trading cards, featuring readily identifiable caricatures of major league baseball players with humorous commentary about their careers, worthy of First Amendment protection.

A model release will not prevent a lawsuit. But it will shield a photographer from liability for publicity claims if the release authorized the use about which the plaintiff now complains. A properly drafted release will also protect you from privacy claims. But the scope of protection for those claims is not addressed here.

Here are two suggested provisions to include in a model release:

First, to avoid problems for multiple types of image use, include language in the release authorizing any possible use of the work, commercial and non-commercial, in all media, including those not yet created.

Second, anticipate that you and your licensees may use digital technology to manipulate your images. Therefore, include a clause in your release authorizing the unlimited right to distort, manipulate, modify, alter or change the image using any technologies, including those presently unknown.

The right of publicity will continue to grow in importance as the opportunities to exploit one’s identity grow. Photographers should therefore be aware of the scope of publicity rights and take steps to protect against publicity claims regardless of whether those captured in the camera’s eye are publicly known.