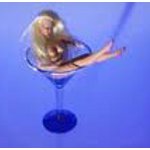 This article focuses on a David v. Goliath copyright battle. Thomas Forsythe, a professional photographer, created more than 70 photographs that parodied the Barbie doll. Mattel, not pleased that its billion-dollar Barbie line was the subject of ridicule, sued Forsythe for copyright infringement. After 4 years of litigation, Mattel lost its case and had to pay Forsythe’s legal fees and expenses totaling more than $2 million, which Forsythe received as he advised me in a phone call. Explained below is the scope of a permissible parody and the circumstances under which it may be possible to compel the other side to pay your legal fees.

The Case of Ridiculed Barbie

Thomas Forsythe, a Utah-based professional photographer, decided to create photographs called “Food Chain Barbie” to parody the objectification of women and the impossible beauty myth the Barbie doll represents. A parody is a literary or artistic work that targets or imitates the characteristic style of an author or a work for comic effect or ridicule. Forsythe’s photographs show the doll in various imaginative and often sexualized positions. Some like “Mixer Fun” depict Barbie being attacked by kitchen appliances. Others like “Barbie Enchiladas” (see below) show the doll wrapped in tortillas and covered with salsa in a casserole dish in a lit oven.

Although Forsythe’s photos generated only $3,600 in revenues (much of which represented sales to Mattel’s investigators), Mattel sued him for copyright infringement. Forsythe’s pro bono counsel from the American Civil Liberties Union and a Los Angeles firm argued that his photographs were protected parodies under the fair use exception of the Copyright Act. The district court agreed and dismissed Mattel’s copyright case; and the 9th Circuit Court of Appeals affirmed that result.

When determining whether a work constitutes fair use, court engage in a case-by-case analysis and a flexible balancing of four factors in the Copyright Act. The factors are:

The first factor asks whether the new use adds something new to the old work or transforms it by giving it a different purpose or character.

The circuit court easily found that Forsythe’s photos met this standard. The court stated that Mattel’s ads show Barbie as the “ideal American women” and a “symbol of American girlhood.” Forsythe’s photos were transformative because they turned the popular image of Barbie “on its head.” Forsythe’s “lighting, background props and camera angles” displayed “a carefully positioned, nude and somewhat frazzled looking Barbie in often ridiculous and apparently dangerous situations.” The circuit court noted the “commentary that Forsythe intended” and “the harm that he perceived in Barbie’s influence on gender roles and the position of women in society.” Whatever the viewer may fee about Forsythe’s “message-whether he is wrong or right, whether his methods are powerful or banal-his photographs parody Barbie and everything Mattel’s doll has come to signify.”

The court also said that Forsythe’s commercial expectations for his photos did not doom his fair use claim given the extremely transformative quality and parodic quality of his work.

The second factor, the nature of the copyrighted work, weighed slightly in favor of Mattel because of the creative nature of the Barbie figure and face. But the circuit court found this factor insignificant because most parodies target publicly known creative works.

The third factor, the amount and substantiality of the portion of the old work used, weighed in Forsythe’s favor. The circuit court stated it does not require parodic works to take the absolute minimum of the copyrighted work. Instead, a parody necessarily springs from the recognizable relationship between its target and its distorted imitation. As the Supreme Court stated in another case, the art of the parody “lies in the tension between a known original and its parodic twin.” The more transformative the new work the more it may borrow the original’s most distinctive and memorable features.

The fourth factor requires courts to consider whether the new use harmed the targeted product or may harm its potential derivative uses. This factor also weighed in Forsythe’s favor. The circuit court stated it was not enough that the biting criticism of Forsythe’s photos might possibly suppress demand for the Barbie line of products. In other words, simply because a lethal parody like a scathing review of a play reduces attendance at the play does not make the parody an infringement. Instead, the circuit court stated that market harm would only be found when the parody and its target serve the same market and the parody substitutes for the targeted product or usurps demand for it.

There was no chance of that there. Forsythe’s adult oriented and often sexualized photos were not likely to preempt demand or substitute for the child-focused market for the Barbie doll.  Nor were his photos likely to have any impact on Mattel’s market for potential derivative uses of Barbie products.

The circuit court sent the case back to the district court to decide whether to require Mattel to pay Forsythe attorneys’ fees as the prevailing party. The district court looked at two primary factors in making this determination: (a) whether Mattel’s claims were objectively unreasonable; and (b) whether Forsythe’s successful defense of the action furthered the purposes of the Copyright Act.

The district court found both factors weighed in Forsythe’s favor. The court stated that “Mattel (a large corporation) brought objectively unreasonable claims against an individual artist. This is just the sort of situation in which this Court should award attorneys fees to deter this type of litigation.” The court also found that Forsythe’s defense advanced the Copyright Act by more clearly defining the boundaries of fair use parodies and by encouraging further creative works of this kind. The court ordered Mattel to pay Forsythe’s legal fees of $1.8 million and his court costs of $241,000. Forsythe advises that Mattel has now paid in full.

Lessons to Be Learned

There are a few lessons to be learned from this case.

First, in an increasingly brand conscious world, you can expect to be sued for copyright infringement if you create a parody that targets a successful brand, even if your parody is commercially unsuccessful.

Second, ensure that your parody takes direct aim at the target and makes it the focus of your comment, criticism or humor. But the target does not have to be the sole focus. Your parody will not gain fair use protection if it simply borrows the general style of its target or places the characters from a familiar work in novel or eccentric poses.

Third, although your parody can be for profit, ensure that it does not compete in the same market as your target. For instance, the result in the Mattel case might have been different if Forsythe created doll-like parodies of Barbie that appealed to same market Mattel served.

Fourth, do not expect in most cases the other side will be ordered to pay your attorneys’ fees. You will have to convince a court that the target of your parody had no objectively reasonable legal basis for its copyright claims but instead used its significant resources in an attempt to silence your legitimate efforts to parody its product. Your chances of recovering your attorneys’ fees will be increased if you are able to show that your litigation achieved a public benefit by encouraging artistic creativity and social criticism.

In sum, targeted, commercial parodies that do not compete with their targets may qualify for fair use; but the more effective your parody the more likely you will have to win protection for it in a court proceeding.

2 thoughts on “When Is A Parody Protected By Fair Use, Posted on editorialphoto.com”