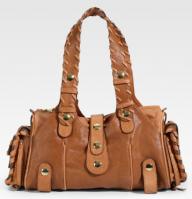 Counterfeit infringement over the Internet continues to grow. With the web erasing marketing and distribution hurdles, it is easier than ever for Internet marketers in Bangladesh to sell counterfeit goods in Spokane. Owners seeking to compel counterfeiters to defend trademark infringement actions in the owner’s home court face jurisdictional due process issues. Often the counterfeiters only contacts with the local forum are a sale there that infringes plaintiff’s trademark plus sales of products bearing the marks of others. But are those sales enough to support jurisdiction?

The Second Circuit thankfully said yes in the very recent case of Chloé v. Queen Bee of Beverly Hills . The court, reversing the district court’s dismissal of the action on jurisdictional grounds, held that the sale and shipment into New York of one branded product of plaintiff , whether infringing or not, coupled with defendant’s use of an interactive website through which it sold items in New York bearing the marks of others, were sufficient to sustain jurisdiction in this trademark infringement case under CPLR § 302 (a)(1) of New York’s long arm statute.

Plaintiff Chloé markets women’s clothing and handbags bearing its CHLOÉ trademark. Plaintiff discovered that defendant Queen Bee was selling counterfeit Chloé bags from Queen Bee’s website based outside New York. A paralegal in Chloé’s counsel’s office, Rosa Santana, then purchased a counterfeit Chloé bag from that site and had Queen Bee deliver that bag to her in New York. During discovery, Chloé learned that Queen had sold 117 other non-Chloé products to consumers in New York through 52 transactions. Discovery also revealed that Queen Bee’s principal, Simone Ubaldelli, supervised and directed these sales.

Chloé then sued Queen Bee and five other defendants, including Ubaldelli, for trademark infringement in the Southern District of New York. The case proceeded against Ubaldelli after the other defendants defaulted, settled or went into bankruptcy. At the close of discovery, Ubaldelli moved to dismiss for lack of personal jurisdiction. He argued, among other things, the sale of an admitted counterfeit Chloé bag to Ms. Santana did not support jurisdiction because it was a “manufactured contact” a purchase not made by an actual consumer but by a representative of Chloé.

The district court agreed, granting his motion. It explained its rationale in two opinions.

In the first opinion, the court stated that the trademark infringement claim did not, as it must, arise from the sale to Ms. Santana because that sale was not infringing. The court reasoned the sale did not infringe Chloé’s trademark because Ms. Santana could not have been confused by a purchase of a product she knew was not genuine.

The district court next found it would violate due process to permit a plaintiff to create personal jurisdiction by buying an allegedly infringing product in plaintiff’s chosen forum.

The court further held Queen Bee’s sales of 117 non-Chloé branded products to persons in New York were not sufficient to show that Ubaldelli was doing business in New York for the purpose of selling Chloé bags. The district court added that Queen Bee’s interactive website was also not enough because it failed to target New York residents but instead offered products for sale worldwide.

The district court in its second opinion stated that the sale to Ms. Santana was simply a “one-off transaction,” which did not establish a continuing relationship with the buyer necessary to sustain personal jurisdiction.

In reversing, the Second Circuit noted the need to “update” its “jurisprudence on personal jurisdiction in the age of internet commerce.”

The Second Circuit focused on the two contacts Ubaldelli had with Chloé and New York: the sale and delivery of one Chloé bag to Ms. Santana which Ubaldelli supervised and the sale via Queen Bee’s website of 117 non-Chloé products to persons in New York through 52 transactions.

Turning first to the sale of the bag to Ms. Santana, district courts have divided on the issue whether a sale of a counterfeit item to an investigator (plaintiff’s agent) constitutes trademark infringement. The better argument is that that sale infringes. That is because trademark infringement simply requires a showing of likelihood of confusion which is measured by whether typical or ordinary purchasers are likely to be mislead regarding the source of the goods.

The district courts have also divided on whether such a sale may be ignored for jurisdictional purposes. The better argument, as Judge Lewis Kaplan held in Cartier v. Seah LLC , is that it is irrelevant whether such a sale was made to agent of plaintiff. Cartier reasoned that just because the purchaser happened to be an investigator has nothing to do with whether defendant purposefully availed itself of the privilege of doing business in plaintiff’s chosen forum.

Although the circuit court acknowledged it had yet to determine whether a “manufactured” sale to an investigator constitutes infringement or may be the basis for jurisdiction, the court declined to decide these issues. Instead, the court announced a welcome rule easily applied: jurisdiction may be based on “an employee’s single act of shipping a bag –any bag, not necessarily a counterfeit one — into the state of New York, combined with the employer’s other business activity involving the State of New York.” (emphasis in original)

The circuit court next turned to Queen Bee’s sales via its website of non-Chloé products to persons in New York. The district court had discounted the sales as constituting “purposeful availment … only for some business activity, but not for the purpose of selling Chloé handbags.”

The Second Circuit stated the district court had “too narrowly” construed “the nexus requirement which merely requires the cause of action to relate to defendant’s minimum contacts with the forum.” Here the relationship between those non-Chloé sales and the cause of action, although tangential, was enough. The circuit court explained that those non-Chloé sales were not, “as the district court had stated, a ‘one-off transaction’ but were “rather a part of a larger business plan purposefully directed at New York consumers.”

This conclusion makes sense. Website operators may control the geographic scope of their sales. Those who wish to restrict their sales to local markets can do so. But when an Internet marketer chooses to direct substantial sales to a particular state, it should pay the jurisdictional price.

The Chloé decision should aid counterfeit trademark enforcement by continuing to permit trademark owners to use investigators to police their marks. And thanks to Chloé and at least in New York, one sale to an investigator in that state of even a plaintiff’s non-infringing product plus sales by defendant there of products bearing the marks of others will be sufficient to sustain jurisdiction over defendant in a trademark infringement action.

Interested in exploring these issues further? I will moderate a program on Chloe sponsored by Law Seminars International on October 6 at 1 pm NY time. Here is the link to a description of the program and the program flyer.