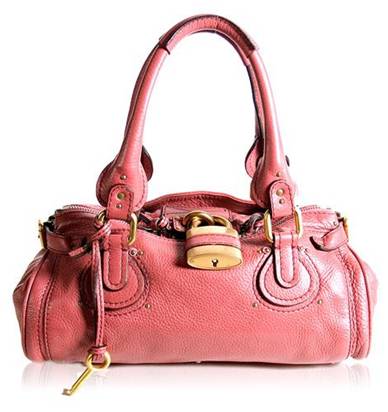 The Second Circuit in Chloé v. Queen Bee expanded long-arm jurisdiction over Internet counterfeiters in trademark infringement cases. See my earlier post about Chloé here. But how far did the court stretch the long-arm statute?  As I explain below, Chloé creates puzzling questions that need clarification about the limits of personal jurisdiction in counterfeit cases.

At a TeleConference on October 6 on Chloé that I moderated sponsored by Law Seminars International, our fine panelists, Joan Archer, Esq. of Lathrop & Gage in Kansas City, Missouri and Eric Shimanoff, Esq. of Cowan Liebowitz & Latman in New York, offered their insights on how far has extended the long-arm statute. See the program materials here.

Here is my summary of the unanswered questions Chloé raises.

Chloé contains a puzzling footnote # 3. That’s because the footnote contradicts the holding in the body of the opinion. The opinion appears to hold that the New York long-arm statute extends to the remaining defendant in this case based on two factors: Queen Bee’s shipment of one counterfeit bag into New York and its interactive website which generated 52 other sales of non-Chloé goods to persons in New York.

But footnote # 3 restates the holding as follows:

Nevertheless, because our holding in the instant case is that an employee’s single act of shipping a bag — any bag, not necessarily a counterfeit one — into the State of New York, combined with the employer’s other business activity involving the State of New York, gives rise to an inference that the defendant ‘purposefully avail[ed himself] of the privilege of conducting activities within the forum State….’ (emphasis supplied by the court)

Huh? “Any bag not necessarily a counterfeit one”? The word “any” was no typo; the court italicized it. But consider the implications of this phrase. New York’s long-arm statute at CPLR Section 302 (a) provides that the claim must arise from the contacts defendant had with the state. How can a counterfeit claim arise from the shipment of a legitimate bag into New York?

How Broad the Nexus Requirement?

The puzzlement depends when considering the second basis for personal jurisdiction in footnote 3, Queen Bee’s “other business activity involving the State of New York.” That activity was Queen Bee’s 52 sales of non-Chloé goods. Chloé notably admits at footnote 2 of the opinion that it is unclear “whether and to what extent these [52] sales involved legitimate versus counterfeit goods.”

The district court held these 52 sales of Guicci, Prada or Fendi bags were not sufficiently related to Chloé’s infringement claim. The Second Circuit disagreed, stating that the court below had “too narrowly” construed “the nexus requirement, which merely requires the cause of action to ‘relate to’ defendant’s minimum contacts with the forum.”

But where is the nexus here? How do sales into New York of what may have been legitimate Gucci or Fendi bags in New York relate to a counterfeit claim by Chloé? The only explanation Chloé offers is that these non-Chloé sales were “part of a larger business plan purposefully directed at New York customers.” But if these non-Chloé sales relate to the claim, what sales of other legitimate products would not?

May Long-Arm Jurisdiction in a Trademark Infringement Claim Rest on Contacts with New York that Are Not Infringing?

Thus, the Second Circuit may have extended New York’s long-arm statute to reach a trademark infringement claim based on defendant’s contacts with New York that are not infringing. Again, look at the contacts the court relied on. Defendant’s sale of “any bag, not necessarily a counterfeit one,” plus sales of what may be legitimate brands of others are now enough for long-arm jurisdiction if plaintiff shows that all sales were part “of a larger business plan” directed to New York residents. Is this the result Second Circuit intended to reach?

To date, only two district courts have relied on Chloé, Pearson Education v. Textbooks Discounters and O’Brien & Gere Engineers, Inc. v. Innis Arden Golf Club. Each unfortunately misconstrues Chloé. Pearson cites Chloé to support the proposition that “the sale of even a single item over the internet that is shipped into New York can give rise to personal jurisdiction.” O’Brien similarly states that Chloé “held that an employee’s single act of shipping a handbag to New York State gave rise to the district court’s personal jurisdiction.” But Chloé expressly declined to decide whether that single act of shipping was enough for long-arm jurisdiction stating “[w]e need not, however, decide that question.”

With Internet counterfeiters costing brands billions the easing of jurisdictional requirements is welcome. But what are the limitations on the reach of the New York long-arm statute after Chloé? Hopefully, future cases will clarify.

Interested in reading about a related case concerning the scope of the long-arm statute involving copyright infringement pending before the New York Court of Appeals. See my post here about the Penguin Group. v. American Buddha case.

2 thoughts on “Chloé v. Queen Bee, How Far Has the Second Circuit Extended the Long-Arm Statute to Reach Internet Infringers in Counterfeit Cases?”