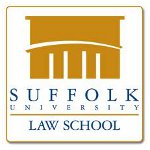 Here is the audio of the nine minute podcast I recently did for Suffolk University Law School discussing the district court’s decision in Sony BMG v. Tanenbaum and its impact on copyright enforcement if not overturned on appeal. If for some reason you can’t listen to it here, Legal Talk Network also posted the podcast here.

Below is the script of the talk along with some footnotes that will take you a bit deeper into this subject of the due process limits of statutory damages awarded in copyright litigation for willful infringement. Also for further comments on the due process issues raised on the appeal go to my post here.

Judge Nancy Gertner recently in Sony BMG Music Enterm’t v. Tenenbaum[1] did what no court has ever done before. The court held unconstitutional a jury award of statutory damages even though the award was within the statutory range that Congress set. This result, if affirmed on appeal, will change the shape of copyright litigation for years to come.

Tenenbaum, in finding the jury’s verdict of $675,000 for defendant’s willful infringement of 30 songs “unconstitutionally excessive,” applied the three “guideposts” established in BMW of North Am., Inc. v. Gore. [2] The Gore framework assesses an award of punitive damages based on the: (1) degree of reprehensibility of the defendant’s misconduct; (2) the disparity between the actual or potential harm suffered by the plaintiff and the punitive damages award; and (3) the difference between the punitive damages awarded by the jury and civil penalties authorized or imposed in comparable cases.

I suggest, as the government and Sony unsuccessfully argued, that the standard for assessing the constitutionality of a statutory damages award is better tested by applying St. Louis, I. M. & S. Ry. Co. Williams, a case that involved a due process challenge to a statutory damage award.[3]

Why the Gore Guidelines Are Inapplicable

The Gore guidelines are an ill fit in this case for the following reasons:

B. Gore’s guideposts derive from the need to give defendant notice of the severity of the penalty that may be imposed.[5] But the statutory damages scheme gives notice. Congress has established and periodically adjusted the range of statutory damages and a verdict within that range is entitled to substantial deference.[6]

C. The second Gore guidepost weighs the relationship between the punitive award and the actual harm.[7] But this guidepost has no application to statutory damages which may be awarded without any showing of harm.[8]

The Court Creates a Safe Harbor for File Sharers

Tenenbaum ignored the identity between the award and penalty. It did so by reaching the extraordinary conclusion that Congress, when it passed the Digital Theft Deterrence Act of 1999, did not intend to apply the statutory damages scheme to “noncommercial infringers sharing and downloading music through peer-to peer networks.”[10] The court stated that there was “substantial evidence indicating that Congress did not contemplate that the Copyright Act’s broad statutory damages provision would be applied to college students like Tenenbaum who file-shared without any pecuniary gain.”[11]

No doubt college students across the country are cheering this result. But the “substantial evidence” the court relied on were off-hand comments by Senators Hatch and Leahy made at hearings held after Congress passed the Digital Theft statue.[12]

In fact, the legislative history of the aptly-named Digital Theft Deterrence Act demonstrates the opposite—that it sought to address the growing online theft of intellectual property by all infringers whether college-age or not. Congress expressed the need for this legislation in words that echo Tenenbaum’s conduct:

By the turn of the century … the development of new technology will create additional incentives for copyright thieves to steal protected works.  Many computer users … simply believe that they will not be caught or prosecuted for their internet conduct. Also many infringers do not consider the current copyright infringement penalties a real threat and continue infringing even after a copyright owner puts them on notice.[13]

The text of the Digital Theft Deterrence Act does not distinguish between classes of infringers nor immunize file sharers from statutory damages. Because the statutory language was plain, the court should not have examined congressional intent, much less relied on post hoc comments from two Senators.[14]

In light of the above, it is not surprising that Tenenbaum is the first to apply the Gore guideposts in a due process review of a statutory damages award. Other courts have opted for the more deferential standard in Williams. There the Court held that a statutory damages award of $75, for a violation that resulted in actual damages of 66 cents, was within the statutorily-authorized range of $50 to $300 and thus was constitutional.[15]

The Williams Standard is Applicable

Applying the Williams standard makes more sense here because that case also dealt with a due process review of a damages award that fell within a statutorily authorized damage range. Williams stated that an award would violate due process if it were “so severe and oppressive as to be wholly disproportioned to the offense and obviously unreasonable” giving  “due regard for the interests of the public, the numberless opportunities for committing the offense, and the need for securing uniform adherence to [the law].”[16] The Court expressly rejected defendant’s attempt to test the constitutionality of the “large” penalty by comparing it with the actual damage, stating that statutory remedies for a “public wrong” is not required to “be confined or proportioned to [plaintiff’s] loss or damages.”[17]

The jury’s verdict in Tenenbaum appears to fit within the Williams framework. The award was 15% of the maximum of $4.5 million the jury could have been assessed and therefore seems not “obviously unreasonable” or “oppressive” considering that Tenenbaum’s conduct defines willfulness.

Especially troubling about Tenenbaum, if affirmed on appeal, are its negative implications for copyright enforcement as follows.

First, the requirement in Tenenbaum that a plaintiff obtain statutory damages only if plaintiff is able to demonstrate actual damage arising from the infringement means that many copyright cases will never be brought. That is because copyright owners may be unable to prove actual damages in cases where the value of a copyright is, by its nature, difficult to establish. How much is an unpublished novel from a first-time author worth? Ironically, Tenenbaum acknowledged that difficulty but nevertheless stated “there should be some nexus between the jury’s statutory damages award and the actual damage.”

Second, in cases involving public performances, the only direct loss is the lost license fee. If the copyright owner is limited to only recovering that fee, infringers are invited to infringe with no risk of loss to the infringer.

Third, if a copyright holder is relegated to proving only actual damages, they are often less than the cost of detecting, investigation and, for sure, litigating. So why bother?

Finally, although actual damages include the infringer’s profits attributable to the infringement, there may be none to collect either because an infringer earned none or because it conveniently lost its sales records or never kept any.

Hopefully the First Circuit will be less willing to make illegal behavior affordable.

[4] See, e.g., F.W. Woolworth Co. v. Contemporary Arts, Inc., 344 U.S. 228, 233 (1952) (“The statutory rule, formulated after long experience, not merely compels restitution of profit and reparation for injury but also is designed to discourage wrongful conduct.”); Feltner v. Columbia Pictures Television, Inc., 523 U.S. 340, 352 (1998) (“[A]n award of statutory damages may serve purposes traditionally associated with legal relief, such as compensation and punishment.”); Fitzgerald Publishing Co., Inc. v. Baylor Publishing Co., Inc., 807 F.2d 1110, 1117 (2d Cir. 1986) (“[T]he expenses saved and the profits reaped by the infringers are considered” as are “the revenues lost by the plaintiff … the value of the copyright, … and the deterrent effect on others besides the defendant.”); Stevens v. Aeonian Press, 64 U.S.P.Q. 2d 1920, 1921 (S.D.N.Y. 2002) (“In making such an award [of statutory damages], the Court is required to consider various factors, including … the revenues lost by the Plaintiffs, the value of the copyright, the deterrent effect of the award on other potential infringers, and factors relating to individual culpability.”).

[5] 517 U.S. at ­­­­573, “Elementary notions of fairness enshrined in this Court’s constitutional jurisprudence dictate that a person receive fair notice not only of the conduct that will subject him to punishment but also of the severity of the penalty that a State may impose.”

[14] See See Caminetti v. United States, 242 U.S. 470, 485, 490 (1917) (“[I]f [a statute’s language] is plain, and if the law is within the constitutional authority of the lawmaking body which passed it, the sole function of the courts is to enforce it according to its terms,” unless doing so would “lead [ ] to absurd or wholly impracticable consequences.”).