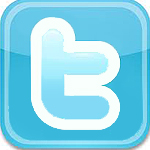 The Agence France decision may be even more important because of its expansive interpretation of what constitutes copyright management information under the Digital Millennium Copyright Act (“DMCA”). Copyright management information (“CMI”), defined in 17 U.S.C. § 1202(c), includes the work’s title, author or copyright owner and the terms and conditions governing the use of the work.

For those who have not read my earlier post here are the relevant facts. AFP first contacted Morel about using his Haiti photos. Then, when Morel apparently did not respond fast enough, AFP opted to use Morel’s photos that Lisandro Suero had pirated to his site. AFP labeled the photos with various credit lines including Lisandro Suero/AFP/Getty Images.

The court had an easy time with the falsification claim. Judge Pauley noted that AFP did not contest that its credit line, AFP/Getty/Lisandro, constitutes CMI. The court also found that Morel had pled sufficient facts to demonstrate that AFP knew the CMI was false and intended to facilitate infringement. That knowledge and intent arose because AFP viewed Morel’s photos first before seeking identical photos from Suero and then AFP credited Suero “without further inquiry” and with “no reason to believe” Suero had taken the photos.

The removal of copyright infringement claim under §1202(b) claim presented much more difficult issues. That’s because Morel embedded no copyright notices or other CMI information on his photos posted on his TwitPic page. Instead, he included his CMI (the attributions “Morel” and “by photomorel”) only on the TwitPic portion of the page on which his photo appears.

Judge Pauley rejected AFP’s argument that, to state a claim under the DMCA, the CMI must be removed from the photograph itself. The court found that “§1202(b) imposes no such requirement.” The court stated that “the DMCA defines CMI as information ‘conveyed in connection with copies’ of a work–it does not require the CMI to appear on the work itself.” The court added that, although the location of CMI may go to the issue of intent to infringe, “that fact issue cannot be resolved on a motion to dismiss.”

AFP also urged the court to follow the narrow construction of CMI adopted in New Jersey in IQ Grp. v. Wiesner Publ’g, Inc., in California in Textile Secrets Intl., Inc. v. Ya-Ya Brand, Inc. and by another judge in the Southern District in Silver v. Lavandeira.

Agence France refused to follow these cases finding their narrow interpretation of CMI “directly at odds with the broad definition set forth in the statutory text itself.” Instead, Agence France adopted Judge Castel’s statutory definition of CMI in Assoc. Press v. All Headline News Corp. That court reasoned that, when a statute’s language is clear, courts in the 2d Circuit “do not resort to legislative history to cloud a statutory text” but instead enforce a statute “according to its terms.” Thus, Judge Pauley concluded that the “notations ‘Morel’ ‘daniel morel’ (on his Twitter page) and ‘photomorel’ fell within the scope of CMI under the plain language of the statute.”

This decision is significant because it broadly defines CMI. Almost any information identifying the owner or author of content would seem to fit within the court’s definition of CMI even if that information is located other than on the work itself. Thus, we may all see lots more DMCA litigation in the future.

One thought on “More on Agence France v. Morel: A Publisher May Now Face a DMCA Claim For Removing Almost Any Copyright Management Information Even If It Was Not on the Work Itself”