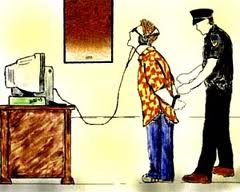 First Circuit review of Judge Gertner’s decision in Sony BMG v. Tenenbaum is in sight with argument set for April 4. In that copyright infringement case, the district court did what no court had ever done before. It threw out a jury award of $675,000 in statutory damages on due process grounds even though the award was within the statutory range set by Congress.  The court instead awarded the music labels $67,500 for Tenenbaum’s near-decade of music downloading.

The district court reached the implausible, even bizarre, conclusion that there was “substantial evidence indicating that Congress did not contemplate that the Copyright Act’s broad statutory damages provision would be applied to college students like Tenenbaum who file-shared without any pecuniary gain.” The “evidence” the court relied on were off-hand, post hoc comments made by Senators Hatch and Leahy made after the Copyright Act was amended. For more discussion of that decision see my earlier post here.

The labels’ opening brief attacks Judge Gertner’s decision as “hopelessly flawed” and having “little to do with the Due Process Clause and everything to do with the court’s own belief that the actions of individual file-sharers like Tenenbaum are ‘fairly low on the totem pole of reprehensible conduct.’” The labels correctly characterize the district court’s reliance on the comments by Senators Hatch and Leahy as “a textbook illustration of misuse of legislative history.”

The opening brief urges the First Circuit to follow without refinement the Supreme Court’s decision in St. Louis, I.M. & S. Ry. Co. v. Williams. The opening and reply briefs do a good job demonstrating what an ill-fit the Gore guidelines are to a constitutional review of a statutory damages award. I like the labels’ argument that the Gore guideposts compensate for the absence of any legislative guidance and ask courts to make a judgment that the legislature never made. The labels point out that, in contrast, the statutory damages scheme not only gives guidance of the appropriate range of statutory damages but caps the range and therefore a within-range-verdict is entitled to deference.

Tenenbaum’s brief argues that even the $67,500 award is unconstitutional. That brief  joins with Judge Gertner in asserting that statutory damages should not be assessed against non-commercial file sharers who do not intend to profit from their infringement.

What is the First Circuit likely to do? There is no question, as the amicus brief points out, that every act of Congress is subject to due process limitations. That is because the Fifth Amendment limits Congressional power.

But what limitations? Williams is nearly a century old. Although Supreme Court decisions bind lower courts, is it time for the appellate courts to take a fresh look at due process limitations on copyright awards in the digital age?

The copyright landscape is rapidly changing. One of the goals of copyright has been to ensure that creators are compensated for their creations. Thus, the Copyright Act focuses on exclusive rights. But many copyright holders don’t care about exclusivity. When they create their works they no longer are interested in monetizing them. Instead, they place them on social media sites with every expectation and hope they will be copied, adapted, modified, published, transmitted and displayed to an untold number of others by any means of distribution now know or later created.

Although numbers are difficult to quantify, those copyright holders who advocate and benefit from “a free for all” regime seem to be growing. Contrast today’s social climate with Williams. In that case two sisters who were each overcharged by 66 cents cared enough to take their case to the Supreme Court. But when a Twitter user posts her photos on that site will she sue if thousands of other Twitter users copy, post and share her photos?

These rights holders are already furthering another goal of copyright: benefiting society by promoting the broad availability of copyrighted works. Does this conduct make their infringement less reprehensible? Because these rights holders no longer care about monetization or exclusivity, how should courts respond?

To date, judicial tolerance of at least music downloading has increased. In Capitol v. Thomas-Rasset, the only other music downloading case to go to trial, Chief Judge Michael Davis has twice thrown out substantial jury verdicts. In January 2010, he slashed the 2nd verdict by 97 percent to $54,000 ($2,250 per song or 3 times the minimum statutory damages amount) based on the common-law doctrine of remittitur. The trial judge reasoned that a “verdict [of] $2 million for stealing 24 songs” by “noncommercial individuals” “is simply shocking” and was not justified by the need for deterrence.” A jury in the third trial in this case in November awarded the labels $1.5 million. Post-trial motions raising the same issues as in Tenenbaum are pending.

What due process framework will the First Circuit construct? Will it be the one articulated in Gore or in Williams or in some combination (can I say mashup) of the two?  Stay tuned.