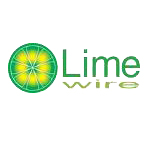 The Arista Records v. Lime Wire litigation in the Southern District of N.Y., headed for a jury trial in early May, is a statutory damages tutorial. Judge Kimba Wood  has decided a number of issues of first impression dealing with the availability of statutory damages in copyright litigation involving secondary and joint and several liability. The statutory damage issues, now answered, include:

1. Assume that plaintiff issues its copyrighted works separately and also bundles them in a compilation (a collection of collective works). Further assume the some of these works are then infringed. Does the compilation subject plaintiff to a single award of statutory damages under the one-work limitation in § 504(c)(1) of the Copyright Act, which provides that “all the parts of a compilation … constitute one work”?

The court correctly held that plaintiffs are not limited to a single award where they distribute their works individually as well as in compilations.

The court decided that plaintiffs are limited to a single award per work infringed; but there some problems with this result.

3. Assume that defendant is secondarily liable for inducing individual users to infringe works available on defendant’s file-sharing system. Further assume that some of these users infringed works before plaintiff registered them. May plaintiff nevertheless seek statutory damages against the secondarily liable defendant because other individual users infringed these works after registration?

The court applied a bright-line rule holding that registration after the first infringement bars a claim for statutory damages.

Before discussing the court’s resolution of these issues, here is some background. (I refer to defendants Lime Wire LLC and Lime Group LLC collectively as “Lime Wire.”) Lime Wire, founded in 2000, is a file-sharing program that uses “peer-to-peer” technology allowing users to share digital files over an internet based network called Gnutella. The plaintiffs are thirteen record labels that sell and distribute most of the recorded music in this country. In 2006 they sued Lime Wire for inducing its millions of users to infringe plaintiffs’ copyrighted works.

In May 2010, the court granted plaintiffs’ motion for summary judgment finding that Lime Wire was secondarily liable under Grokster for inducing countless individuals to infringe plaintiffs’ copyrighted works. In August 2010 the parties agreed to a consent injunction (so ordered in October 2010) which essentially shut down Lime Wire. See Lime Wire’s web post.   Over the last few months the court has decided some unique damages issues now discussed.

Let’s begin with the court’s decision on April 4 regarding the one-work limitation found in § 504(c)(1) (“all the parts of a compilation or derivative work constitute one work”). This limitation is ambiguous. That’s because it fails to identify whose compilation it refers to. Is the “compilation” the one that plaintiff creates that is then infringed? Or does “compilation” refer to the infringing work that defendant creates from plaintiff’s copyrighted works?

WB Music held that the statute refers to a compilation created by plaintiff, which is then infringed. Thus if defendant bundles together 100 separate works of plaintiff into a compilation, plaintiff is still entitled to 100 grants of statutory damages (assuming timely registration).

Bryant dealt with the converse: a plaintiff-created compilation. Bryant held that, if plaintiff distributes separately-copyrighted works only in an album, plaintiff is limited to one grant of statutory damages even if defendant digitally rips apart the album and distributes the works separately.

Bryant, as I stated in an earlier post, although faithful to the language of the statute, created a perverse incentive to infringe. If defendants break apart large, plaintiff-created compilations of separately-copyrighted works and infringe them, defendants are still only exposed to one grant of statutory damage. Thus Bryant shelters infringers from multiple awards of statutory damages no matter how many works they infringe so long as plaintiff made the works available on the marketplace only through a compilation.

This result makes sense and helps to mitigate the unfairness of Bryant. There is no reason to limit the Lime Wire plaintiffs to a single grant of statutory damages where they offer consumers a choice of listening to their favorite music in single track or album form. In other words creators of intellectual property should not be penalized for offering consumers the convenience of a compilation where the works contained in that compilation are also sold separately.

This decision will probably bring a sigh of relief to other digital marketers who bundle separately issued copyrighted works in a compilation. For example, this decision makes it clear that an e-book compilation of six of your favorite author’s best-selling novels will not limit the copyright holder to one grant of statutory damages if one of those books is then infringed.

Judge Wood’s decision on March 10 to limit plaintiffs to a single award per work infringed regardless of the number of times Lime Wire induced others to infringe that work is more questionable. Let me explain with a bit of background.

Section 504(c)(1) provides for “an award” (singular tense) of statutory damages for each work infringed no matter how many times it was infringed. But there is one exception: as Lime Wire notes, a plaintiff “may recover a separate statutory damage award from each individually liable infringer” who infringes “the same work.”

Section 504(c)(1) also provides in the same sentence for “an award” (again in the singular) where “any two or more infringers are jointly and severally liable.” The labels argued that, because this sentence permits separate awards per work against each individual infringer, the sentence should also allow separate awards for each work infringed by each unit of jointly and severally liable infringers (with Lime Wire and each individual infringer representing one unit of joint and several liability).

The court rejected this interpretation limiting plaintiff to a single award of statutory damages for each work infringed. The court reached this result for two reasons. First, the court stated that a per-work statutory award will “account” for (or take into consideration) the number of direct infringers and the revenue they caused plaintiff to lose. But such an “accounting” is insufficient in a case like this where a secondarily liable defendant has enabled countless individuals to infringe one work. If millions of individual infringers cost a plaintiff hundreds of thousands of dollars of lost revenue (or more), Lime Wire still limits plaintiff’s statutory damages to $150,000 per work.

The second and more compelling factor, in the court’s view, was the absurdity of the result. Judge Wood noted that, on a per-work basis, defendants already faced a maximum potential award of more than a $1 billion. The court stated that, if plaintiffs were permitted to seek damages based on the number of direct infringers per work, the potential award would be in “the trillions.”

It is quite possible that the jury verdict here will dwarf all other statutory damages awards. There is also no question that a court has the responsibility to ensure that a grant of statutory damages comports with due process, although cases like Sony BMG Music v. Tenenbaum (argued on April 4 in the First Circuit) are still shaping the limits of due process in the statutory damage context. See my post here on the issues on appeal in that case.

But, as Judge Wood already held in granting summary judgment on liability based on a Grokster theory of inducement, Lime Wire spent years successfully assisting millions to engage in mass copyright infringement. For example, in 2006 when plaintiffs began this case, Lime Wire claimed four million users per day.

Shouldn’t Lime Wire therefore be responsible for the consequences of its conduct so long as the statutory damage award falls within the statutory range set by Congress? Has the court in an appropriate attempt to avoid absurdity again given an infringer a perverse incentive to infringe by limiting its joint and several liability to a single grant of a maximum of $150,000 regardless of how egregious and long-lasting the infringement?

No Statutory Damages Permitted Where an Individual Infringer Infringes Before Registration

The court’s opinion on March 18 (modified ever so slightly on March 29) barring plaintiffs from collecting awards of statutory damages from a secondarily liable defendant where the users it induced to infringe did so before plaintiffs registered the works infringed makes sense and is consistent with precedent. As Lime Wire points out, courts have developed a bright-line rule regarding registration. That rule bars recovery of statutory damages under § 412 of the Copyright Act for infringement that occur after registration if the infringement is part of an ongoing series of infringing acts that began before registration.

Courts have frequently applied this rule to ongoing infringements by the same infringer. But this is the first case to deal with the application of the rule to a secondarily liable infringer like Lime Wire who induced individuals to infringe before registration and then induced others to infringe after registration.

The court nevertheless applied the bright-line rule in this context relying on Congressional intent to limit statutory damages to those who promptly registered their works before they were infringed. The court cited to my article in 81 N. Y. State Bar Journal at p. 31 where I stated that the purpose of § 412 “was to encourage early registration.” The court added that, if plaintiffs were able to obtain statutory damages for a work first infringed before registration simply because another user infringed the work after registration, “Plaintiffs would have no incentive to promptly register their work.”

These rulings are welcome. Statutory damages are often a trap for the unwary. That’s because the courts have placed so many limitations on the sparse statutory scheme over the years. See my earlier posts here,  here and here. It is helpful that Lime Wire has now clarified previous unanswered issues in the context of secondary and joint and several liability.

There is more to come in this case. Stay tuned.