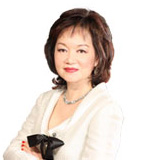 Introduction by Andrew Berger:
I am pleased to post another article by Vivien Chan focusing on IP in China. Vivien is the senior partner of Vivien Chan & Co., a Greater China law firm with offices in Hong Kong, Beijing and Shanghai with close to 30 years experience in labor & employment, mergers and acquisitions, technology transfers,  information technology, and related tax issues. Among her many honors, Vivien has been selected as one of the world’s leading intellectual property lawyers and named in The International Who’s Who of Trademark Lawyers and Patent Lawyers. Vivien’s bio is here.

This post focuses on the trademark dispute in China between Apple and Proview. Vivien explains why Apple lost the first round in this fight  and gives some valuable insight about how others can avoid the trademark problems that Apple now faces in that country. Here is her post: 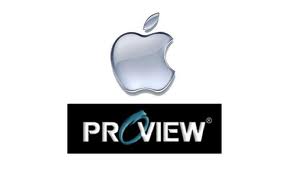 Shenzhen Proview and Proview Electronics Co. Ltd (“Taiwan Proview”) are 100% owned by Proview International Holding Limited, a listed company in Hong Kong. In 2000, Taiwan Proview registered the trademark “iPad” in many countries. In 2001, Shenzhen Proview filed the trademark applications for “IPAD” (reg. no. 1590557) and “(i)PAD” (reg. no. 1682310) (the “Marks”) in mainland China on the goods of “computers; etc.” in class 9, which were approved for registration in 2001.

Evidence of email chain with individuals with the email address of “@proview.com.cn” has no legal force. The claim of Apple was not supported by the Court.

Apple appealed and the appeal to the High Court of Guangdong Province is now pending.

Shenzhen Proview has lodged claims in various courts in China against Apple and its distributors in China. In December 2011, Shenzhen Proview initiated litigation against Apple’s Shanghai subsidiary based on trademark infringement, which has been accepted by the Pudong Court in Shanghai. On 22 February 2012, the court hearing was held for four hours, but no judgment was made. On the same day, Shenzhen Proview also filed a claim in the Pudong Court for a restraining order preventing Apple from selling iPads in China, and allegedly is willing to provide security of costs for such order.

Shenzhen Proview has also made trademark infringement complaints to the local State Administration for Industry & Commerce (“AIC”) in major cities, such as Beijing, Shanghai, Shenzhen, and it has been reported that the AICs who have accepted such complaints has begun investigations on the case. Up till today, there are more than 20 local AICs which have begun the investigation work.

In February 2012, Shenzhen Proview filed a request with the China Customs to prohibit the exporting and importing of iPads, which is pending examination. This may potentially lead to Apple’s iPads being seized at Customs for trademark infringement.

Since early February 2012, popular online retailers in China, such as Amazon, http://www.gome.com.cn (online seller for Gome), http://www.suning.com, http://www.360buy.com, etc. are reported to have stopped selling iPads in China. Their decision to discontinue sales of iPads despite allegedly being authorized resellers may be because of the possible trademark infringement through making such devices available in China. Retailing infringing products is an infringing act under the Trademark Law, actionable by Shenzhen Proview.

It is widely speculated that settlement will be reached by the two parties.

KEY TAKEAWAYS FOR YOU AND YOUR CLIENTS

ii) Do Sufficient Due Diligence Prior to Trademark Assignments and Treat them with Care:

The Customs recordal system is a fast and efficient way to protect your registered IPR rights (e.g. design patents, copyright and trademarks) in China. Infringing goods will be monitored and seized by the Customs, whereas the goods from your authorized distributors recorded with Customs will not be affected.

Thanks Vivien. If you have follow up questions or want further information, please email Vivien at vivchan@vcclawservices.com. For an earlier post by Vivien Chen about the Chinese customs recording system click here.

Also the Apple/Proview trademark fight has now come to the U.S. Here is the fraud complaint that Proview filed last month against Apple in state court in California. The complaint alleges that Apple set up a special purpose company in the UK called the IP Application Development Ltd. to obtain the iPad marks in China while obscuring the relationship between Apple and the acquisition. Apple has yet to file a response to the complaint.

Your reactions and predictions about what may lie ahead in the Proview/Apple battle are welcome.

One thought on “Guest Blog Post: Why Did Apple Lose the First Round in Its iPad Trademark Dispute in China”