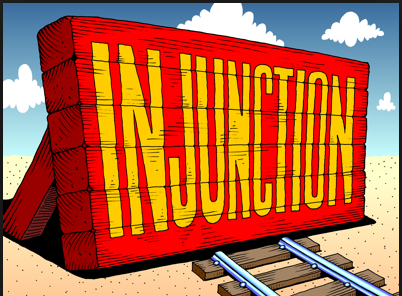 The Intellectual Property Institute (“IPI”) held its winter conference at the Ocean Reef Club in Key Largo Florida on January 23, 2015. There IPI members and a sponsor presented six substantive programs in the morning dealing with IP trial-related topics.

I will be sharing summaries of each presentation with links to each presenter’s PowerPoint.

H. Dickson Burton from TraskBritt in Salt Lake City led off with a presentation explaining how to obtain a preliminary injunction in a patent case. Here is a summary of his presentation with links to some of the cases he mentioned and his PowerPoint.

Dickson stated irreparable harm may be established by (a) direct, especially two-party competition, between the patentee and the defendant; (b) loss in market share and market opportunities; (c) price erosion, especially where the patented product is at the core of plaintiff’s business; (d) damage to the patentee’s reputation or goodwill or (e) by showing defendant’s inability to satisfy a judgment. Dickson added the need to show a nexus between the infringement and the alleged harm to the patentee. He cited to the Federal Circuit’s recent decision in Apple v. Samsung, where Apple failed to show that its patented design was an important driver of consumer demand.

Likelihood of Success on the Merits

Dickson also noted that a patentee, seeking to establish a likelihood of success on the merits, must make a clear showing that each and every limitation of at least one claim of the patent has been infringed. Dickson advised that dependent claims help with validity purposes. That is because, if the independent claim does not survive a validity challenge, a dependent claim may provide subject matter that withstands the prior art.

Dickson added that obviousness challenges under § 103 or written description/enablement challenges under § 112 are more difficult in a preliminary injunction context because of the presumption of validity. Further, Dickson noted that KSR v. Teleflex requires that a court determine obviousness by looking at the invention as a whole; therefore the patent may issue even if each of its elements was independently referred to in the prior art. That is because, as KSR observed, “inventions in most, if not all, instances rely upon building blocks long since uncovered, and claimed discoveries almost of necessity will be combinations of what, in some sense, is already known.” Dickson added that not any combination will do. KSR cautioned that there must be “an apparent reason to combine the known elements in the fashion claimed by the patent.”

Following KSR, Dickson stated that, when arguing obviousness, mere recitation of the words “common sense” without any support adds nothing to the obviousness inquiry, citing to Plantronics, Inc. v. Aliph. Dickson noted that objective indicia can be the most probative evidence of nonobviousness enabling the court to avert the trap of hindsight, citing to Leo Pharm. Prods., Ltd. v. Rea.

Other Considerations and Pre-Filing Reminders

Dickson also provided some pre-filing reminders including lining up your experts and other witnesses, focusing on claim construction issues and preparing your client for the need to post a bond.

Pros & Cons of a Preliminary Injunction

Finally, Dickson reviewed the pros and cons of seeking a preliminary injunction in a patent case. The pros include an early decision on merits; removing infringing devices from the market quickly; pressuring a possible early settlement; and front-loading the costs with total costs generally lower. The cons include showing your cards early regarding claim construction and prior art; the need to apply your capital to secure a bond and substantial early legal fees.

Dickson’s fine PowerPoint is here. Thanks Dickson for guiding us so well.