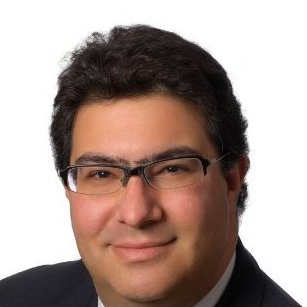 David Leichtman now the founding partner at Leichtman Law PLLC in NY, gave us an excellent presentation on proving damages at trial in copyright litigation at the Intellectual Property Institue’s Ocean Reef winter conference. Here is my summary of his talk along with links to some of the cases he mentioned and his PowerPoint.

Overview
David began with a review of the key issues involving the recovery of damages in a copyright case. He pointed out that a plaintiff has several options. It can recover its actual damages. They usually are the amount a willing buyer would have paid to plaintiff to license the work infringed. A plaintiff may also recover the profits defendant realized from the infringement to the extent they are not taken into account in computing the actual damages. David also indicated that, assuming plaintiff timely registered the infringed work (either before infringement, or if after infringement, within three months of initial publication) plaintiff can recover statutory damages which are a range of damages set by Congress that a jury is usually asked to award.

David stated that the extent of willfulness often determines the amount of  statutory damages, that the statute of limitations for copyright infringement is three year with no laches by reason of the Supreme Court’s recent Raging Bull decision, Petrella v. Metro Goldwyn Mayer, and that either party with a timely registration may be able to recover its attorney’s fees if the claims or defenses of the other side were not found to be “objectively reasonable.”

Range of Statutory Damages
Turning to statutory damages, David indicated that the range is set forth in 17 U.S.C. § 504. Under this section ordinary or non-willful copyright infringers face a minimum of $750 and maximum of $30,000 in damages per work infringed. For willful infringement, damages can be as high as $150,000 per work. In addition, if defendant establishes that its infringement was innocent, damages can be as little as $200 per work.

David also pointed out that within these ranges, courts and juries have broad discretion in fixing the amount of damages. That is because there is only one statutory guideline: the amount must be “just.”

Factors Considered in Setting Statutory Damages
David then listed the factors juries are often instructed to consider when determining statutory damages. Those factors include the nature of the infringement; defendant‘s purpose and intent when infringing; its profits from the infringement and the expenses it saved; the revenues plaintiff lost; the value of the copyrighted work including its scarcity; whether defendant continued the infringement after being notified to cease; and the need to punish and deter defendant and potential infringers from engaging in similar conduct in the future.

Apportioning Defendant’s Profits
When plaintiff seeks damages in the form of defendant’s profits resulting from the infringement, the infringer, pursuant to § 504(b), has the burden to prove its deductible expenses and the elements of profit attributable to factors other than the copyrighted work. David added that apportioning defendant’s profits attributable to the infringement is not susceptible to precise measurement. That is because qualitative factors are important in that calculation. Those qualitative factors include the strength of defendant’s infringing brand; its marketing prowess; its position in the market place; and its reputation for quality and creativity.

Factors Considered in Seeking Licensing Fee
Where plaintiff seeks a lost licensing fee as its measure of damages, David mentioned there are a number of factors assessed in setting that fee, including whether the fee is based on a component or the entire copyrighted product. Other factors include demand for the product, its content, risk, rarity, geographical reach, exclusivity and duration. Additional factors include types of payment typically made for the copyrighted product whether lump sum, up-front with a running royalty, per use or per unit. David also pointed out that the 9th Circuit’s recent decision in Oracle Corp v. SAP AG highlights the difficulty in fixing a fair market value for a hypothetical license when the copyright owner has no licensing program that would establish a benchmark.

Defenses in a Copyright Case
David then touched on the various defenses that limit what elements of a copyrighted work are protectable, including:

a. scènes à faire (material that is indispensable, standard, or naturally occurring in the treatment of a given topic);
b. merger of idea and expression (if there are only a limited number of ways to express an idea, the expression will not be protected because itwould give the copyright holder a monopoly over the idea);
d. public domain elements, including names and titles,
e. fair use; and the
f. abstraction-filtration comparison doctrine that limits copyright protection for the structure and sequence of computer software.

Regarding experts, David urged we consider hiring one who combines industry and technical expertise with the skills of an economist or an accountant. David also stated we should not just leave it to the other side to meet its burden of proof but we should also get a rebuttal report.

Burden Shifting Situations
David further stated we should be aware of burden shifting situations. He mentioned nexus and apportionment. He indicated that plaintiff has the burden to demonstrate a nexus between the infringement and defendant’s profits before apportionment occurs. Once the nexus is established, if an infringer’s profits are attributable to factors other than the use of plaintiff’s work, an apportionment of profits is required; and the burden of proving apportionment (the contribution to profits of elements other than the infringed property), then becomes the defendant’s.

Some Trial Tips
During trial David suggested we weave the damages analysis into the overall theme of the infringement presentation and we might also think about calling the other side in the case to highlight their infringing conduct. Also in analyzing revenue generated from the infringement, David pointed out that indirect revenue also counts. (That revenue results where the infringer did not only sell the copyrighted work, but used the copyrighted work to sell another product.) David also stressed that pre-trial rulings might be revisited at trial if the other side opens the door.

Growing Importance of Copyright Damages After Alice
David closed by pointing out the plaintiffs in IP litigation may now focus more on recovering copyright damages because of Alice Corp Pty Ltd v. CLS Bank.  There the Supreme Court held that patent eligibility requires “an inventive concept” beyond computer implementation of an abstract idea. As a result of Alice, a significant percentage of the patent portfolios of some large tech companies may not be inventive enough to survive a section 101 patentability challenge. In response, patent owners may now look more closely for protection at copyright (and to trade secret law) where in the past they had relied solely on patent law.

Thanks David for a clear and comprehensive discussion. David’s PowerPoint is here.