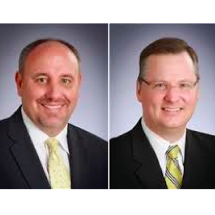 Dennis Murrell and Robert Theuerkauf from Middleton Reutlinger in Louisville explained how to prove and defend against trade secret claims at the IPI’s Ocean Reef winter conference. Here is a summary of their excellent presentation.

The Coke Trade Secret
Dennis and Robert first focused on the most famous trade secret of all, the formula for Coca Cola syrup that bottlers combine with carbonated water to create cola drinks. They traced the history of the secret formula from its creation by John Pemberton in 1886, to its transfer to Asa Candler in 1891 who insisted the formula not be written down, to its purchase in 1919 by a group of investors headed by Ernest Woodruff at which time the formula was finally committed to paper. The formula is now in a vault at the company’s museum in Atlanta. Dennis and Robert added that the secrecy and mystery behind the formula has value and has added to the company’s bottom line.

State Law Governs
Turning to the law with respect to trade secrets, they pointed out that the damages potentially available for misappropriation of a trade secret include plaintiff’s lost profits, a claim for unjust enrichment, punitive damages and attorney’s fees. Dennis and Robert stated that a trade secret claim is one brought under a state’s Uniform Trade Secrets Act and that the venue can be outcome determinative. They noted that California’s Civil Procedure § 2019.210 requires the plaintiff before discovery to “identify the trade secret with reasonable particularity”.

The Benefits of a Protective Order
They then turned to strategies for the defense of trade secret claims. They referred to an article in the New York Law Journal on June 13, 2013 (the “Article”), in which the authors stated that many courts believe “it is appropriate to require a trade secret owner to state its claimed trade secrets before it engages in discovery from the defendant about the defendant’s use of the trade secrets.”

First, a protective order prevents plaintiff from amending its cause of action based on the discovery received from defendant. Second, that order sets in stone plaintiff’s claims and avoids requiring defendant to explain away chance similarities between its intellectual property and that of the plaintiff. In addition, early disclosure of plaintiff’s alleged trade secrets prevents plaintiff from attempting to abuse the discovery process to gain a competitive advantage over defendant, a likely competitor. Moreover, early disclosure limits defendant’s discovery obligations. Dennis and Robert referred to Del Monte Fresh Produce Co. v. Dole Food, where the court required plaintiff to identify concrete secrets, stating:

While Del Monte states that there are many trade secrets, it does not provide any guidance as to what they may be. If a “multitude” of trade secrets really are at issue in this case, Del Monte cannot expect Dr. Funk [the defendant] to embark upon a fishing expedition to ascertain what those secrets are.

Other Defense Strategies
Dennis and Robert mentioned other defense strategies, including attempting to establish that what plaintiff claims as a trade secret is in fact in the public domain. They also suggested that common law claims be eliminated on preemption grounds if they are based on the same property as the trade secret claim.

Dennis and Robert then returned to the Coca Cola trade secret and asked what combination of ingredients makes it a trade secret; why wouldn’t the formula be known (or ascertainable) by chemical analysis and what about the formula was uncommon. They also pointed out that Mr. Pemberton’s formula actually appears in recipe book created by a Mr. Everett Beal and the recipe has since been revealed on the radio show This American Life. So much for secrecy.

Calculating Damages for Trade Secret Misappropriation
Finally, Dennis and Robert ended with a practice pointer based on O2 Micro Intl. Ltd. v. Monolithic Power Sys. about not putting all your eggs in one basket. There, plaintiff claimed that defendant misappropriated eleven trade secrets. Plaintiff’s damages expert gave the jury a damages calculation that assumed all of the trade secrets were misappropriated.

The jury found defendant liable for five of the eleven claims and awarded plaintiff $12 million for unjust enrichment of just one of those claims. The district court threw out the award finding it based on guesswork. That was because plaintiff failed to present evidence of unjust enrichment damages that was specific to that each claim. The lesson: your damage award may not survive a post-trial motion if you bundle all of your trade secrets damages claims together and win on some .

Thanks Dennis and Robert for a most useful discuss ion. Their PowerPoint is here.