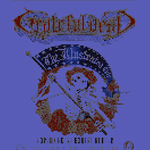 Predicting a fair use outcome in copyright litigation is not for the faint of heart. There are no bright-line rules; instead, the statute calls for case-by-case analysis, directing courts to weigh four illustrative and non-exclusive factors.(1)

But there is one guidepost that parties often overlook when attempting to determine if the defense of fair use applies to a claim of copyright infringement. When a new work makes “transformative” use of the original work, a court will almost always find the use fair.(2)  The transformative standard asks “whether the new work merely supersedes the objects of the original creation … or instead adds something new, with a further purpose or different character, altering the first with new expression, meaning or message….”(3)

A New Purpose Is Enough

But what does “altering the first” work mean? Does the new work have to physically change the old or simply copy it for a new purpose? A number of recent cases, including Kelly v. Arriba Soft Corp.,(4)  Bill Graham Archives v. Dorling Kindersley Ltd.(5)  and Blanch v. Koons,(6)  indicate that copying the old work for a new purpose is enough if two other criteria are also present. Understanding the criteria necessary to create a transformative copy may be useful to parties facing a fair use issue.

In Kelly v. Arriba, defendant’s search engine contained some 2 million thumbnail versions of photos, which defendant had copied, posted and made available for viewing on its site.(7)   Thirty-five of those thumbnails were Kelly’s photos that Arriba had copied and posted without permission.  The district court granted defendant summary judgment finding that Arriba’s use of plaintiff’s images was fair.(8)

The district court held that Arriba’s search engine was transformative because it served a new function and made a new use of the photographs. Plaintiff’s photographs were intended to be “artistic” and “esthetic.” In contrast, defendant’s search engine was “functional” and “comprehensive,” designed “to catalogue and improve access to images on the Internet.”(9)  The district court also noted with approval that the search engine did not exploit plaintiff’s photographs “in any special way” but instead reproduced them as part of the Arriba’s “indiscriminate method of gathering images.”(10)

In Bill Graham Archives v. Dorling Kindersley Ltd. defendant also made a new, non-exploitive use of an inconsequential amount of original authorship. There, defendant copied without authorization a few Grateful Deal concert posters, reduced them in size, combined them into a collage of text and images and used them on seven pages of its 480-page biography of the band.(12)

The Second Circuit affirmed the district court’s fair use finding. The circuit court noted that, although the band used the posters for artistic expression and promotion, defendant employed them for a new purpose. The court stated that defendant used the posters as “historical artifacts” to enhance “the book’s biographic information about the Grateful Dead and provide a “visual context” for the book’s text.(13)  Further, defendant ensured that the posters were not exploited “for commercial gain” in “advertising” or “to promote the sale of the book.”(14)  In addition, the posters constituted a tiny portion of the book.(15)  (A copy of the first page of the book and an inside page containing a poster are below.)

Blanch v. Koons also involves a creative reproduction of plaintiff’s copyrighted work. Plaintiff’s photograph depicts a woman’s lower legs and feet wearing sandals resting on a man’s lap. The legs and feet appear at close range and dominate the photo.(16)  Plaintiff testified that she wanted her photograph to “show some sort of erotic sense.”(17)  Jeff Koons, a self-styled appropriation artist, borrowed plaintiff’s image to further his purpose of commenting on “‘commercial images … in our consumer culture.’”(18)  He copied the legs and feet from the photograph, changed their color and inverted their orientation so they point vertically downward. He then incorporated them into a collage with three other pairs of women’s feet and legs all dangling over images of food and landscapes.(19)

The Second Circuit, finding fair use, affirmed the dismissal of plaintiff’s infringement action.(20)  The appellate court stated that Koons did much more than find a new way to exploit the creative virtues of plaintiff’s image.(21)  Instead, Koons made transformative use of that image by employing it for a new purpose “as fodder for his commentary on the social and aesthetic consequences of mass media” and “to satirize life as it appears when seen through the prism of slick fashion photography.” (22) The court concluded “[w]hen, as here, the copyrighted work is used as ‘raw material’ in the furtherance of distinct creative or communicative objectives, the use is transformative.”(23)  (Blanch’s photo and Koons’ collage are below; the legs and feet Koons borrowed from the photo are the second pair to the left in the collage.)

These cases indicate that old wine in new bottles is not fair use. Instead, the reproduction must do more than repackage the original. It must instead serve a new technological purpose as in Arriba or a new creative function as in Kindersley or Koons. Further, the reproduction must minimize the expressive elements in the original work rather than exploit or seek to profit from the elements. Thus, Arriba never offered Kelly’s images for sale or sought to use them to advertise its site. Similarly, Kindersley never attempted to use the posters for commercial gain; and Koons employed plaintiff’s photograph simply as raw material. Finally, these three cases demonstrate that the amount of original authorship that is copied in the reproduction must be insignificant.

In sum, these cases may help predict a fair use outcome when a party seeks to reproduce original authorship in a new work.

One thought on “Is This Legal Alchemy? When A Copy of Another’s Work May Become Transformative For Fair Use Purposes”