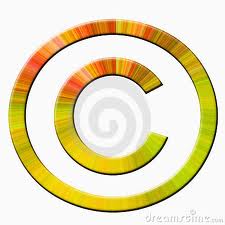 MCS Music America, Inc. v. Yahoo! Inc., __ F. Supp. 2d __(2010), adds a further wrinkle to this analysis. It holds that even multiple musical compositions that may have independent economic value do not qualify for statutory damages if the compositions are essentially the same. But first some brief background.

Four circuits, the 1st, 9th, 11th and the D.C. Circuits, have adopted the independent economic test. For instance, in Gamma Audio & Video, Inc. v. Ean-Chea, 11 F.3d 1106 (1st Cir. 1993), each episode of a television series, although released on videotape as part of a complete series, qualified as a work eligible for statutory damages. That was because each episode could be rented and viewed separately and therefore “could stand on its own.”

In contrast, Walt Disney Co. v. Powell, 897 F.2d 565 (D.C. Cir 1990), found that defendant, who was selling shirts depicting Minnie and Mickey Mouse in six different poses, only infringed two of Disney’s works because each shirt was essentially the same; only the poses varied:

While Mickey and Minnie are certainly distinct, viable works with separate economic value and copyright lives of their own, we cannot say the same is true for all six of the Disney copyrights of Mickey and Minnie in various poses which the district court found to be infringed in this case. Mickey is still Mickey whether he is smiling or frowning, running or walking, waving his left hand or his right.

How Many Works Are There When the Same Musical Composition Is Embodied in Different Recordings?

In MCS, the issue was whether the same copyright musical composition contained in multiple sound recordings was nevertheless one work for statutory damages purposes.

Plaintiffs, various music publishers who administer rights in compositions transferred to them by composers, claimed copyright ownership to 215 musical compositions. Each composition was embodied in a sound recording the copyright to which was owned by others.

MCS, relying on Disney v. Powell (discussed above), found that, although each musical composition was a “distinct, viable work with separate economic value …, any variation of that ‘work’ (contained in multiple recordings of the composition) is still simply one ‘work’ for the purposes of statutory damages.” Accordingly, the court, in response to a motion for judgment on the pleadings, limited the number of awards to 215 representing the number of separately registered musical compositions.

What is interesting about this case is that at least some of the different recordings of the same musical composition seemed to be economically viable and thus could stand on their own. For instance, if the first two recordings of Christmas in the Trenches had not produced sufficient income, it is doubtful that six other record labels would have thereafter separately recorded that composition.

Therefore this case presents an added hurdle for copyright holders seeking multiple awards of statutory damages. You may have to show that each work for which statutory damages are sought has a viable economic life as well as a viable copyright life distinct from the other works at issue.

Other Posts About Statutory Damages

8 thoughts on “When Does a Copyrighted Work Qualify as a “Work” for Purposes of Fixing Statutory Damages?”