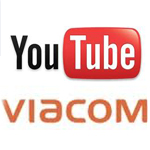 Is Judge Stanton’s decision in Viacom v. YouTube vulnerable on appeal? You bet. Before I explain why some background.

The Action and Motions

In 2007 Viacom sued YouTube for copyright infringement alleging that YouTube posted on its site tens of thousands of Viacom’s videos without permission. Viacom argued in its summary judgment motion:

YouTube’s founders single-mindedly focused on geometrically increasing the number of YouTube users to maximize its commercial value. They recognized they could achieve that goal only if they cast a blind eye to and did not block the huge number of unauthorized copyrighted works posted on the site. The founders’ deliberate decision to build a business based on piracy enabled them to sell their start-up business to Google after 16 months for $1.8 billion.

YouTube cross-moved seeking to dismiss the action. YouTube sought refuge under what’s called the safe harbor provisions of the Digital Millennium Copyright Act (“DMCA”). Those provisions shield online service providers like YouTube from monetary liability if they lack the knowledge required by § 512(c)(1)(A)(i) and (ii) that infringement is occurring on their site.

Section 512 (c) provides for safe harbor immunity if the service provider lacks “actual knowledge that the material or an activity using the material on the system is infringing” or “in the absence of such actual knowledge, is not aware of facts or circumstances from which infringing activity is apparent.” These two standards are referred to as actual and red flag knowledge.

Under § 512(c)(1)(A)(iii) of the DMCA, actual knowledge of infringing “material” or awareness of facts or circumstances from which infringing activity is apparent invokes the service provider’s duty to “act expeditiously to remove” the infringing material.

In deciding the motions, the district court stated the “critical question” was whether actual and red flag knowledge are triggered by “a general awareness that there are infringements” “or rather mean[s] actual or constructive knowledge of specific and identifiable infringements of individual items.” The district court, relying solely on legislative history, opted for specificity, holding that actual and red flag knowledge arise only if YouTube knew of “specific and identifiable infringements of particular individual items. Mere knowledge of the prevalence of such activity is not enough.”

Accordingly, the district court held that YouTube qualified for safe harbor protection and dismissed the action.

I suggest the district court got it wrong. The court’s narrow construction of the knowledge standard ignored the language of § 512 (c)(1), made the red flag standard superfluous and is not supported by the section’s legislative history. Let me explain.

The Knowledge Standards Do Not Require Specificity

Section 512 (c)(1) on its face does not require specific knowledge of infringing clips. Although particularized knowledge of infringing clips would surely satisfy this standard, it is broader and is triggered when the service provider knows that “material” or “activity” on the site is infringing. Red flag knowledge exists where the service provider becomes “aware of facts or circumstances from which infringing activity is apparent.” The “facts or circumstances” are not limited to specific clips.

Specificity is elsewhere in the DMCA. For instance, § 512 (c)(3) of the DMCA conditions the effectiveness of a takedown notice on an “identification of the copyright work claimed to have been infringed.” But Congress did not similarly condition the loss of safe harbor protection in § 512 (c)(1) on a service provider’s knowledge that specific works were being infringed. Thus it appears that Judge Stanton replaced “infringing” “activity” in § 512(c)(1)(A) with “specific clips.”

The District Court Made the Red Flag Standard Superfluous

The Legislative History Does Not Require Specificity

In addition, the legislative history the court relied on does not require that a service provider know of specific infringements of particular works. The House and Senate reports indicate that actual knowledge is satisfied by knowledge of “infringement” without further limitation. The legislative history illustrates red flag knowledge by referring to “pirate sites.” The congressional reports state that red flag knowledge arises where the service provider links to such sites “where sound recordings, software, movies or books were available for unauthorized downloading. Thus it appears that Congress intended that knowledge that a site contains a collection of unauthorized works is enough to raise a red flag. Knowledge of specific identifiable infringements of individual items on such a site is not required.

Welcoming Infringing Activity and Then Claiming Not to Know About It

The only factual finding Judge Stanton made, without expressly so stating, was that YouTube’s level of knowledge of the infringing conduct on its site never reached the specificity the court required. But the court  acknowledged a jury could find that YouTube was “not only generally aware of, but welcomed copyright-infringing material being placed on their website,” which “enhanced defendants’ income.”

If a host welcomes and profits from an infringer’s activity can the host claim it was unaware of facts or circumstances from which that infringing activity is apparent? We will see how the Second Circuit decides that issue.

5 thoughts on “Viacom v. YouTube: Can A Web Host Welcome and Profit From Infringing Activity and Then Claim Not to Know About It?”