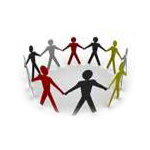 Social media continues to captivate. The number of Facebook and Twitter users is staggering. But social media has a dark side. Your social media posts can hurt you in many ways.

I outlined some of the ways you can be hurt by your social media posts when I spoke at a program this week sponsored by the Copyright Society of the USA entitled Using Social Media to Build Your Brand. My PowerPoint is here. Here is a summary of my comments.

Use by Adversaries in Litigation

Suing for personal injury? You can bet your adversary will look at your public Facebook or MySpace pages. A recent New York State Bar opinion, not surprisingly, states it is ethically permissible for a lawyer to access another party’s public pages on social media sites.

Two recent personal injury cases in New York and Pennsylvania went a step further and gave defendant’s counsel access to a plaintiff’s private pages on Facebook and MySpace. In each case plaintiff’s public pages suggested plaintiff was not nearly as disabled as claimed. The New York court stated, “to deny Defendants an opportunity [to] access these sites [Facebook and MySpace] not only would go against the liberal policies of discovery in New York but would condone Plaintiff’s attempt to hide relevant information behind self-regulated privacy settings.”

The Pennsylvania court ordered the personal injury plaintiff to turn over to defendant’s counsel his Facebook and MySpace user name and password. The court stated that, when persons use social media “indiscreetly” and “their indiscretions are pertinent to issues raised in a lawsuit in which they have been named, the search for truth should prevail to bright [sic] to light relevant information that may not otherwise have been known.”

Use by Law Enforcement

State and federal law enforcement go undercover on social media. They “friend” suspects to gather information, check alibis and further investigations. Federal and state agents take advantage of what the U.S. Citizenship and Immigration Service calls the “narcissistic tendencies” of some social media users to have a large group of cyber-friends they barely know.  Thus social media makes especially important the answer to the question usually asked in other contexts: do you know who your friends are?

Hackers are becoming more sophisticated in the ways they can hurt you. The latest warning from the FBI, as the ABA Journal reports this month, is about a new tactic called “spear-phishing.” This attack involves an email sent to a targeted person using information picked up from various sources, including social media. Unlike the usual spam messages, these emails are designed to make the recipient think they were sent by those that recipient knows or works with. The emails carry what the FBI refers to as a “malicious payload.” Once loaded onto a computer, the payload looks for user credentials like user accounts that allow them to move undetected within a larger network.

Use by Potential Employers

Potential employers are turning to social media to vet prospective employees in increasing numbers. A 2010 survey reported that 35% of employers use social media to research job candidates. But employers need to be careful not to discriminate based on information they learn that falls within certain protected categories, such as gender, religion, age and political affiliation.

Online searching also exposes you to risks even if they never venture onto social media. Here are two.

Google and the other search engines routinely sell search engine queries to advertisers and data brokers. Some of these queries can reveal a great deal about the person posting the query.  Ever searched online for an expensive gift for your spouse? A class action in California is now challenging Google’s alleged practice of illegally sharing search queries with third-parties. Google’s motion to dismiss is here.

Use by Data Trackers and Brokers

When you search the web electronic data trackers are looking over your shoulder. They attempt to record your nearly every move and build profiles detailing your online activities. The trackers then sell this information at a premium to advertisers. The profiles don’t include names, but can include age, tastes, hobbies, shopping habits, race, likelihood to post comments and general location, such as city.

Advertisers then engage in what is called behavioral targeting. Advertisers used to buy ads on specific web pages—clothing on a fashion site. But advertisers now are able to serve you with a highly specific marketing message based on your online preferences and browsing history.

The Wall Street Journal reported in a series of well written articles entitled What They Know that each day start ups like BlueKai sell 50 million pieces of information about specific individuals’ browsing habits, for as little as a tenth of a cent apiece. The auctions can happen instantly when you visit a website. Even more seemingly ominous is Lotame Solutions (also mentioned in the Journal article) that uses sophisticated software called a “beacon” to capture whatever users are typing online.

Three bits of advice that you may wish to keep in mind to avoid being hurt by your social media posts: the web is not anonymous; whatever you say cannot be reeled back in; and a bit of discretion before you post makes sense.

Have you experienced other ways that social media has hurt you? Please add those experiences in the comment section below.