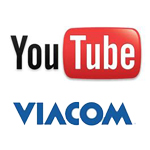 The Viacom/YouTube copyright infringement case is a classic, 4-year fight between two media goliaths that is now at  the Second Circuit. Hopefully that court will give some guidance about the scope of safe harbor protections for internet service providers (ISPs) under the Digital Millennium Copyright Act (“DMCA”). Viacom lost the first round when the district court granted YouTube’s motion for summary judgment dismissing Viacom’s copyright infringement claims.

Viacom’s appellate brief does a fine job of explaining why that decision should be reversed. Before turning to some of the arguments Viacom makes, let me first–for the benefit of readers not familiar with the case– summarize the district court’s decision in the context of the DMCA.

The Knowledge Standards under the DMCA

The two standards are referred to as actual and red-flag knowledge. Once an ISP gains either actual or red flag knowledge, it must “expeditiously … remove” the infringing material from the site or lose safe harbor immunity.

The district court acknowledged that YouTube “not only w[as] generally aware of, but welcomed, copyright infringing material being placed on [its] website” because “[s]uch material was attractive to users” and “enhanced [YouTube’s] income from advertisements.”

The District Court Creates a Content and URL-Specific Knowledge Standard

But that court nevertheless held that YouTube would have actual or red-flag knowledge only if  it knew of  “specific and identifiable infringements of particular individual items.” In other words, Judge Stanton held that YouTube had to actually know that specific infringing content appeared at specific URLs or web addresses on its site. “Mere knowledge of the prevalence of such activity is not enough.”

Absent proof that YouTube had content and URL-specific knowledge, the court stated YouTube’s only responsibility under the DMCA was to timely respond to cease-and-desist demands of copyright owners, even if YouTube already was “aware[] of pervasive copyright infringing however flagrant and blatant.” Because in the court’s view YouTube had adequately responded to cease-and-desist demands, YouTube qualified for safe harbor status.

The “I know It When I See it” Standard

What evidence must a copyright holder show to prove red-flag knowledge? The district court’s opinion offers no guidance.  As a colleague Naomi Gray, Esq. cogently observes in a DMCA Outline I posted earlier, Judge Stanton’s opinion seems to adopt (in the absence of any analysis)  “I know it when I see it” standard first created in the 1960’s by Justice Stewart when the Supreme Court struggled to define obscenity.

The DMCA Does Not Require Specific Knowledge of Infringing Clips

Viacom’s appellate brief begins with an attack on the district court’s safe harbor analysis. Viacom argues that the DMCA does not require that ISPs have URL-specific knowledge of infringing content. Instead, as Viacom states, Congress made the red flag knowledge standard flexible. That knowledge arises (in the words of the statute) whenever the ISP encounters any combination of “facts or circumstances” that make “infringing activity” “apparent.”

Viacom also asserts that the district court stripped the red flag standard of all meaning by holding that that standard is established only where an ISP has the same item-specific and location-specific knowledge it must also have to satisfy the actual knowledge standard.

But the actual and red-flag knowledge standards are cousins, not twins. As Viacom points out, section 512 (c)(1) expressly states that red-flag standard arises “in the absence of such actual knowledge.” Thus, Viacom correctly concludes Congress must have intended that something less than actual knowledge of infringement was enough to raise a red flag. In other words, Viacom argues that Congress would never have enacted two knowledge standards if the same level of knowledge satisfies both.

When You Welcome Infringement…

I suggest that Viacom has it right. If, as the district court found, YouTube “welcomed” infringing conduct and profited from it, isn’t it also fair to say that YouTube was aware of “facts or circumstances” from which infringing activity was apparent. Or as I told the Wall Street Journal in its fine article about this case a few days ago, “When you welcome a thief in your house, you probably know he’s there.”

There is substantial evidence in the record to at least raise a question of fact regarding whether YouTube had red-flag knowledge. For example, a YouTube employee reported to a co-founder that approximately “70%” of the “top rated videos” contained copyrighted material. Another co-founder informed the Board of Directors that “blatantly illegal” material was present on the site.

The district court correctly stated that DMCA exempts ISPs from monitoring their sites for infringing content. But when YouTube’s conduct causes red flags to rise up the flagpole can it argue with a straight face it was unaware of the apparent existence of infringing activity.