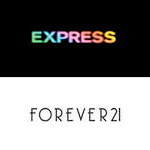 My earlier post on this case ended with the question whether the successful defendants would seek attorneys’ fees. The answer is a resounding yes. Judge Wright in the Central District of California awarded defendants collectively more than $700,000 in fees and costs, including fees incurred in preparing their fee applications. His decision offers guidelines for how defendants who prevail in defending copyright and trademark infringement claims may recover their attorneys’ fees from plaintiff. But first, for those not familiar with the case, here is a summary.

At deposition, Express’ copyright claims collapsed. Express’ fabric designer admitted he designed each of the four styles by first examining visual references made by others. The references were pre-existing plaids in existing garments, fabric swatches or photographs. But the designer could not remember any of the pre-existing references or recall where he obtained them. Nor did he retain them.

The designer further testified that, after the pre-existing plaids were scanned into a computer, he directed changes and additions to the plaids. But the designer remarkably could not remember or identify any of the changes. He only recalled that he had each plaid “colored up.”

The court granted White Owl’s motion, stating “Express has no proof whatsoever that Express made … changes that are sufficiently creative to warrant copyright protection.” The court further stated that simply because Express “colored up” the preexisting designs “does nothing to cure the utter lack of evidence.”

Express’ trade dress claim fared no better. Express was required to show distinctiveness, which, in turn, required a showing of secondary meaning. Express relied solely on circumstantial evidence which focused on length of use, advertising, sales and customers of its track jacket.

The court found that “Express fares poorly in each category” dismissing this claim as well. Now let’s turn to the fee application.

The court began by stating that the grant of attorneys’ fees under the Copyright Act requires the court to weigh five factors set forth by the Supreme Court in Fogerty v. Fantasy, Inc.:

The first factor- degree of success – weighed in favor of the grant because all claims were dismissed. The court found that the 2d factor, frivolousness, was also established by plaintiff’s inability to provide any evidence to support its claims.

Regarding the 3rd factor, motivation, Forever argued that Express sued “to challenge the way that Forever 21 did business.” The other defendants argued that Express sued “to inflict punishment and destroy each of their operations.” But because defendants were unable to supply evidence supporting their claims of improper motivation, the court found this factor was in favor of Express.

The court found the 4th factor weighed in favor of granting fees because Express’ arguments were “without evidentiary support” and therefore objectively factually and legally unreasonable.

The 5th factor, the need to advance compensation and deterrence, also weighed in favor of granting fees because “Plaintiff’s actions forced Defendants to incur substantial cost, time, and effort to defend a claim for which Plaintiff had no legitimate factual basis.”

Finally, the court stated that an award of fees and costs would advance the purposes of the Copyright Act, which is to “enrich[] the general public through access to creative works.” The court stated that “baseless claims are inimical to the[se] purposes because they “confuse the public as to which works are or are not protected, which can chill creative expression.” In a call to arms to the defense bar, the court added that “defendants are encouraged to advance meritorious copyright defenses just as plaintiffs are encouraged to bring meritorious copyright infringement claims.”

The court stated that attorneys’ fees in Lanham Act cases are awarded only in exceptional cases but this was one. Judge Wright stated in the 9th Circuit “a case is exceptional … where plaintiff’s claims are either “groundless, unreasonable, vexatious, or pursued in bad faith.” The court noted that plaintiff pursued its trade dress infringement claim against defendants “relying solely on circumstantial evidence of a secondary meaning, which this Court found insufficient and unavailing.” Accordingly, the court found the trade dress claim “objectively groundless, unreasonable, and pursued in bad faith.”

Attorneys’ fees are infrequently awarded to defendants in copyright cases. This case provides defendants a helpful road map. Attorneys’ fees in trademark cases are more infrequent because of the high bar of satisfying the exceptional standard. Further the 7th Circuit recently noted in Nightingale Home Healthcare, Inc. v. Anodyne Therapy, LLC,  the “surprising lack of agreement among the federal courts of appeals concerning” what constitutes an exceptional case for an award of attorneys’ fees under the Lanham Act. But for those successfully defending trademark cases in the 9th Circuit the Express case provides useful guidance.

3 thoughts on “Express v. Forever 21: Ouch! Court Awards Defendants More than $700,000 in Attorneys Fees and Costs for a Successful Defense of Copyright and Trademark Infringement Claims”