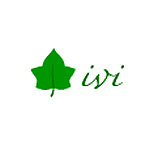 As I indicate in my post below, the networks have sued ivi, Inc. in a separate copyright action also pending before Judge Naomi Buchwald in NY. Although the networks, led by WPIX, are seeking a preliminary injunction,they curiously in that case did not also request a temporary restraining order that, if granted, would have shut ivi down.

The networks argue that ivi is not entitled to a compulsory license for a number of reasons, including that ivi is not delivering its streaming content over an infrastructure it built or controls and does not use a secure closed transmission path. The networks’ memo is here. But the networks may be wrong.

Ars Technia did a nice piece yesterday pointing out how ivi is trying to separate itself from Filmon on the grounds that ivi is a law abider, not a pirate.

ivi charges that Filmon does not fit the definition of a cable system because it distributes content outside the US in an unprotected format and offers its service free of charge.

ivi, in contrast, argues in its memo opposing the preliminary injunction that it only transmits signals to its ivi  TV player software, encrypts its video streams to prevent unauthorized access, restricts its customers to those in the US and charges its subscribers a fee for access (though it may not be much).

Are these differences enough? They may not be.  But the demand for internet TV access will only grow, and if these start-ups are unable to survive long enough to satisfy the need, others are sure to follow.

Comments or predictions are welcome.

2 thoughts on “Is ivi an Internet Pirate or Entreprenurial Innovator?”