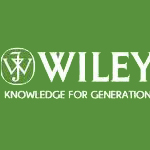 Today Mr. Kirtsaeng asked for en banc review of the 2-1 majority opinion by the 2d Circuit in a copyright infringement case brought by John Wiley holding that the first sale doctrine is inapplicable to goods made abroad even if they were imported into the U.S. with the permission of the copyright holder. The petition is here.

Although the petition acknowledges the rarity of en banc review in the 2d Circuit, Kirtsaeng makes a strong case for it here. The petition dwells on the practical implications of the majority’s decision permitting copyright holders to assert continued section 106(3) exclusive control over the distribution of goods made abroad long after the copyright holder has been compensated by their first sale. The petition asserts:

By permitting an unprecedented and unjustifiable restraint on the alienation of copyrighted goods made abroad, the majority opinion threatens to destroy longstanding and enormous secondary and rental markets.

Courts are struggling with the question presented, and this Court should harness the collective judgment and experience of all its active judges to provide an answer.

The petition also cogently points out that the majority “repeatedly expressed deep skepticism about the correctness of its own interpretation” “offer[ing] a decision at odds with itself.”

The petition ends with a well-reasoned plea:

The Court would benefit from additional lower-court input, which this Court is well suited to provide. Indeed, even if this issue is destined to return to the Supreme Court, it is impossible to know when that might happen. In the meantime, businesses and consumers in the Second Circuit, the most important commercial Circuit in the federal system, will be uniquely affected by the profound consequences of the panel majority’s opinion.

The chances of this petition being granted are slim. En banc review in the 2d Circuit (unlike the 9th Circuit) happens infrequently. But this case may be (and should be) the exception. Stay tuned.

For an analysis of the majority opinion and its practical consequences see my post here.

One thought on “Kirtsaeng Asks for En Banc Review; Let’s Hope He Gets It”