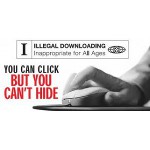 Copyright creators should applaud the First Circuit’s decision in Sony v. Tenenbaum. Although the holding is narrow, the balance of the opinion is a resounding victory for copyright enforcement.

District Judge Nancy Gertner in this case held unconstitutional a jury award of statutory damages even though the award was within the statutory range that Congress had set. The appellate court reversed and reinstated the jury’s damage award. The First Circuit faulted the lower court for not applying the doctrine of constitutional avoidance. That doctrine prohibits a court from passing on a constitutional question if there is some other ground upon which the case may be decided. The appellate court held that this doctrine required the district court to first exercise its common law power of remittitur before reaching the constitutional issue.

Remittitur is authorized by Federal Rule of Civil Procedure 59(a). That section provides that the trial judge may grant a new trial “for any reason for which new trials have heretofore been granted in actions at law.” This authorization includes the discretion to overturn an excessive damage award and to offer the plaintiff a choice between a new trial and acceptance of remittitur, which is simply a reduced award deemed more appropriate by the trial judge.

But the district court bypassed its remittitur power. The First Circuit found that the lower court incorrectly assumed that plaintiffs would not accept whatever reduced award that court might propose. Therefore, the lower court decided itself to reduce the award to an amount it found reasonable. The appellate court held that the district court should instead have given plaintiffs a choice: to either accept the reduced award or reject it thereby triggering a new trial.

But the appellate court did much more than that. Although it lauded the district judge for handling the trial “with great skill,” the First Circuit rejected nearly every one of the district court’s conclusions with respect to statutory damages. Here are a few notable examples.

In testing the constitutionality of the statutory damages award, the district court applied the guidelines set by the Supreme Court in BMW v. Gore rather than the standards the Court earlier established in St. Louis, I.M. & S. Ry. Co. v. Williams. The appellate court cautioned against applying Gore stating that neither it nor any later Supreme Court case had overruled Williams or “suggested that the Gore guideposts should extend to constitutional review of statutory damage awards.” The First Circuit added that “the concerns regarding fair notice to the parties of the range of possible punitive damage awards present in Gore are simply not present in a statutory damages case where the statute itself provides notice of the scope of the potential award.”

The district court stated that “Congress likely did not foresee that statutory damages awards would be imposed on noncommercial infringers.” The appellate court flatly rejected the notion that noncommercial users were immune from copyright liability, stating that the “Copyright Act  contains no provision that could be interpreted as precluding a copyright owner from bringing an action against an infringer solely because the infringer … acted with a so-called noncommercial purpose in his distribution of works to others.” Instead, the First Circuit pointed pointedly noted that Section 501(a) of the Copyright Act defines an infringer as “anyone who violates any of the exclusive rights of the copyright owner” (emphasis supplied by the court).

The district court further found that the “timing” of the Digital Theft Deterrence Act “suggests that legislators did not have in mind the problem of consumers sharing music through peer-to-peer networks.” Wrong said the First Circuit. “Congress did contemplate that suits like this were with the [Digital Theft Deterrence] Act.”

Should There Be a Nexus Between Statutory and Actual Damages

Do Statutory Damages Have Both a Compensatory and Punitive Purpose

Finally the First Circuit chided the district court for assuming that statutory damage awards “should be treated largely as punitive, not compensatory.” The appellate court, relying on Feltner v. Columbia Pictures and Woolworth Co. v. Contemporary Arts, stated that “statutory damages, unlike punitive damages, have both a compensatory and punitive element.”

Judge Gertner’s decision, by immunizing non-commercial infringers and requiring a nexus between actual and statutory damages, threatened copyright enforcement. The First Circuit’s opinion has removed that threat. Further, Judge Gertner has removed herself from this case with her retirement from the bench on September 1, 2011. The district court in its opinion had stated that music file sharing was “fairly low on the totem pole of reprehensible conduct.” Mindful of the First Circuit’s reversal, Judge Gertner’s successor should have a different view.

I confess to having written a bit about this case. See earlier posts criticizing the district court’s opinion here and focusing on the issues on appeal here.  Reactions pro or con to this decision are welcome.