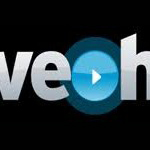 The safe harbor created by Section 512(c) of the Digital Millennium Copyright Act (DMCA) may now be an Internet service provider’s Bali Hai.

That’s because on December 20, 2011, the Ninth Circuit held in UMG v. Veoh that a webhost will only lose its safe harbor immunity under this section if it has specific knowledge of infringing content on its site and fails to take down that content. Because UMG failed to demonstrate that Veoh had specific knowledge, the Ninth Circuit affirmed the district court’s grant of summary judgment dismissing the action against Veoh.

Is this opinion a death knell for Viacom’s pending appeal in the 2d Circuit? I don’t think so. But first here is some background and analysis of Veoh.

The Safe Harbor at Issue in Veoh and Viacom

Section § 512 of the DMCA creates four statutory “safe harbors” to help Internet service providers (“ISPs”) predict and manage their legal exposure to copyright infringement. The safe harbor at issue in Veoh and Viacom is at § 512(c), dealing with storage of content initiated by a user.

(a) have no “actual knowledge that the material or an activity using the material is infringing” and (b) have no “aware[ness] of facts or circumstances from which infringing activity is apparent” (17 U.S.C. § 512(c)(1)(A)(i) & (ii)) or

(c) expeditiously remove infringing material which they know or are aware of upon receipt of a DMCA-compliant take-down notice (17 U.S.C. § 512(c)(1)(A)(iii)).

UMG Fails To Demonstrate that Veoh Had Actual Knowledge

UMG inexplicably chose to forgo what the Ninth Circuit labeled “as the most powerful evidence of a service provider’s [actual] knowledge”—take down notices. UMG never advised Veoh of a single infringement before it filed its action and then failed to identify any infringing videos until Veoh moved to compel that information on the eve of the close of discovery. Veoh’s motion is here. UMG chose to rely on takedown notices sent by the Recording Industry Association of America (“RIAA”); but the notices referred only to the names of the songs and never mentioned UMG.

UMG instead argued before the Ninth Circuit that Veoh knew the music videos it hosted were infringing because Veoh never licensed any of them from the 4 major music companies. But the district court found, and the circuit court agreed, that Veoh had “arrangements” “with major copyright holders, such as Sony/BMG” to display their music videos.

UMG also argued that Veoh must have had actual knowledge of the presence of infringing videos on its system given its general knowledge that its service could be used to share unauthorized content. The Ninth Circuit again disagreed stating that, if merely hosting material that falls within a category of content capable of copyright protection, with the general knowledge that one’s services could be used to share unauthorized copies of copyrighted material, was sufficient to impute knowledge to service providers, the § 512(c) safe harbor would be “a dead letter.”

UMG fared no better in its argument that Veoh had red flag knowledge. The circuit court rejected UMG’s assertion that Veoh’s purchase of Google adwords containing the names of some of UMG’s artists demonstrated Veoh’s knowledge of infringing activity. The  Ninth Circuit stated that artists are not always in exclusive relationships with recording companies and “so just because UMG owns the copyright to some of Britney Spears songs does not mean it owns the copyright for all” of them.

UMG also argued that Veoh should have used search and indexing tools to locate and remove any other content by the artists identified in the RIAA notices. But the Ninth Circuit stated that § 512(m) of the DMCA did not impose investigative obligations on an ISP. UMG finally pointed to news articles exposing the availability of copyrighted materials on Veoh. The appellate court was not persuaded stating that, if Veoh’s awareness of these news reports “was enough to remove a service provides from DMCA safe harbor eligibility, the notice and takedown procedures would make little sense and the safe harbors would be effectively nullified.”

The Ninth Circuit did suggest that Veoh might have gained red flag knowledge if third party users had notified it of “specific particular infringing material” on the Veoh site. In that instance Veoh would then lose its safe harbor immunity if it failed to expeditiously take down the infringing material.

The Ninth Circuit’s opinion thus places the burden of policing copyright infringement on the owners of the copyrighted material. Content owners must constantly monitor the entire and ever-changing repertoire of every webhosting site on the Internet, in every file format, to locate infringing content. That is a burden that many individual authors cannot sustain. If the same rule applied to mall owners, all they would have to do to avoid liability is to ensure the thief is no longer on the mall property after the theft had taken place.

Although webhosts are better able with advances in filtering technology to automatically identify and block materials as they are loaded, Veoh allows webhosts to remain passive and abstain from taking any affirmative measures to protect against infringement.

This result seems counter intuitive. If a mall owner knows from press and police reports of criminal activity on its property, would the owner still be immune from liability if it failed to investigate and at least attempted to work with law enforcement to end that criminal activity? Yet Veoh holds that ISPs need only quickly respond to takedown notices to avoid liability.

Should the Interests of Copyright Holders Be Policed by Third Parties?

Equally problematic is the Ninth Circuit’s suggestion that a third party user’s notice of infringement could act as a red flag under §512 (c)(1)(A)(ii). How will a third party user who clicks onto a webhost know that the music video she is enjoying contains infringing content? License agreements between webhosts and music companies are not public information. Even absent a license, the music may be protected by fair use. Will Veoh create a regime where the interests of copyright holders on websites are policed by third party trolls? The potential for third-party abuse (whether intentional or not) is substantial. 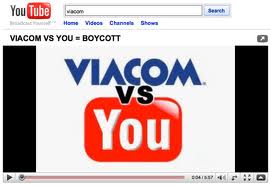 YouTube was quick to advise the 2d Circuit of Veoh’s victory in the Ninth Circuit. YouTube’s post-argument letter re Veoh is here.

Some Reasons Why the 2d Circuit May Reverse

Nevertheless, I think there is a reasonable chance that Judge Stanton’s thinly-reason decision in favor of YouTube will be reversed. First, Judge Cabranes during the oral argument in Viacom raised five questions of material fact that could have possibly defeated summary judgment. See the New York Law Journal’s account of the oral argument here.

Second, the appellate court following oral argument was apparently troubled by YouTube’s argument that specific knowledge of infringement is all that is required for actual and red flag knowledge. The appellate court therefore ordered the parties to provide supplemental briefs on the issue “whether and how the red-flag knowledge provision would apply” if only specific knowledge of infringement triggers a red flag.  The responses from YouTube and Viacom are here and here.

Here is what Viacom said:

Because awareness of “infringing activity” requires less specificity than “actual knowledge” of “infringing material,” a website operator who “welcome[s]” and is aware of infringing activity on its site – here in the range of 75-80% of views according to YouTube’s own analyses – clearly satisfies § 512(c)(1)(A)(ii) even if it avoids knowing most of the specifics. And though operators do not have an independent obligation to monitor their sites for  infringement, once they have this kind of awareness of infringing activity they have a duty to act to address the problem under § 512(c)(1)(A)(iii).

Why else have two standards? Further, the legislative history and the face of § 512 (c)(1) indicate that the red flag standard requires something less than actual knowledge of infringement. But the district court in Viacom held both standards require the same specificity. Therefore, if a service provider has red flag knowledge, it also must have actual knowledge. As a result, Judge Stanton read the red flag standard out of the DMCA.  The Second Circuit may not do the same.

A third reason why the Second Circuit may reverse is that the district court had determined that YouTube was “not only generally aware of, but welcomed copyright-infringing material being placed on their website,” which “enhanced defendants’ income.” Isn’t that enough to at least raise a triable question regarding red flag knowledge? In other words, as I told the Wall Street Journal in its fine article about the pending appeal  (subscription required), “When you welcome a thief in your house, you probably know he’s there.”

The copyright industry now awaits the 2d Circuit; your predictions on what may happen are welcome. My earlier posts on Viacom are on the Viacom litigation home page here.

One thought on “UMG v. Veoh Makes the DMCA Safe Harbor Even Safer. What Will the 2d Circuit Do in Viacom?”