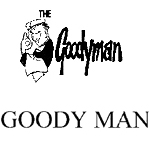 Appellate courts prefer to decide cases on the merits. But  they will affirm the sanction of a default judgment dismissing a case where the plaintiff has repeatedly flouted court orders. The latest example  is the Federal Circuit‘s December 28, 2011, decision in Benedict v. Super Bakery affirming Benedict’s default and cancelling his registered trademark as a sanction. But although the Federal Circuit affirmed, it rejected the reasoning below of the Trademark Trial and Appeal Board.

In 2007 the Trademark Office rejected Super Bakery’s application to expand its GOODY MAN registered mark concluding it would likely be confused with Benedict’s G The Goodyman’s registered mark.

Thereafter Super Bakery (“Super”) began a proceeding to cancel Benedict’s mark and served discovery requests. After Benedict, appearing pro se, failed to respond to the requests, Super moved to compel responses. Benedict did not respond to the motion.

Benedict, rather than comply with that order, moved on March 12, 2009, for summary judgment requesting dismissal of Super’s cancellation proceeding. Benedict argued that that proceeding was barred by what he referred to as the res judicata effect of the Trademark Office’s rejection of Super’s earlier application to expand its mark.  Benedict sought to avoid his discovery obligations by invoking Rule 2.127(d). It provides that a summary judgment motion seeking to dismiss a proceeding suspends it “with respect to all matters not germane to the motion and no party should file any paper which is not germane to the motion.”

In other words, Benedict took the position, supported by the face of Rule 2.127(d), that his motion relieved him of his discovery obligations till the motion was decided.

After the Board suspended Super cancellation proceeding, it filed a motion for sanctions requesting a default judgment pursuant to Trademark Rule 2.120(g), which authorizes the Board to default a disobedient party.

The Board granted the motion. It took the dubious position that Benedict’s discovery obligations were only be relieved,  not by his summary judgment motion, but only after the Board had suspended Super’s cancellation proceedings in response to that motion. The Board therefore found Benedict in default and cancelled his G The Goodyman mark.

The Federal Circuit reversed. It gave as its only reason the Board’s failure to discuss Trademark Rule 2.127(d), which, as mentioned above, bars the filing of “any paper not germane to the [summary judgment] motion” after it is made.

On remand the Board reinstated the default judgment. It restated its earlier ruling that Benedict was only excused from his discovery obligations after the Board issued a suspension order in compliance with the motion which was some 19 days after his March 13, 2009 deadline to respond to discovery.

The Board, seemingly straining,  relied on a comment made by the PTO during a 1998 rulemaking process in response to a proposal to slightly modify Rule 2.127(d). That Board stated that that comment indicated that PTO “thus explicitly considered — but did not adopt — a rule (or an interpretation of the existing rule) that would have automatically suspended proceedings upon the filing of a potentially-dispositive motion.”

On appeal the Federal Circuit in a precedential opinion affirmed but not for the reasons cited by the Board. The court stated that Rule 2.127(d) is “unqualified in its requirement that” the filing of a “summary judgment motion” suspends the case and bars the filing of any paper not germane to the motion. The court added that the Board was wrong to rely on a PTO comment to the contrary which “is not stated in the rule [2.127(d)].”

Nevertheless the circuit court affirmed the cancellation of Benedict’s mark. The court found it was not an abuse of discretion to default Benedict after “two years of [his] failure to comply with discovery requests and orders.” The Federal Circuit stated that there was no basis to believe that, if Benedict were given additional opportunities, he would comply with his discovery obligations. The court also noted that Benedict “offered no explanation of why no discovery responses had been made over two years” and added that the “possession of a trademark registration places a routine obligation on the possessor to participate in reasonable procedures concerning rights or interests affected by the registration.”

I agree with the Federal Circuit. A party who fails to comply with discovery orders frustrates its adversary (and opposing counsel), lengthens the proceedings, drives up the expense of litigation and prejudices the judicial system by placing an undue burden on the courts. Here the appellate court, in reversing the Board’s initial decision to default Benedict, gave him a second chance to justify his non-compliance with court orders. When Benedict failed to excuse his conduct on remand to the Board and further failed when the case returned to the Federal Circuit, it correctly cancelled his registration.

As I told the National Law Journal in its article published yesterday, “no appellate court wants to affirm a default unless the conduct is egregious.” Appellate courts “always take a more objective look at things but here the disrespect and the prejudice went on for too long.”  The take away here, as simplistic as it is true, is that good faith and timely compliance with reasonable discovery requests will avoid the result in this case.