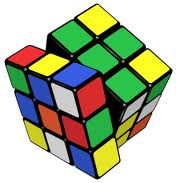 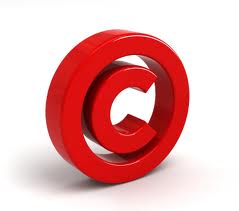 Mastering Rubik’s Cube may be easier. Predicting the amount of statutory damages that will be awarded in copyright infringement litigation continues to confound attorneys on both sides of the fence. Why? Here are some reasons.

But first a few words of explanation.  I originally wrote this post in April of 2010. I decided to update it after some of the cases I mentioned went through further appeals and retrials.  I kept the same title (so you may see the earlier version come up on Google searches) but I substantially rewrote this version.

Courts and Juries Have Great Discretion in Setting the Award

To compound unpredictability, courts and juries have considerable discretion within the broad statutory range in setting the award. The only statutory guideline is that the amount be “just.” But what is just? As you might imagine, reasonable minds will differ.

The Tenenbaum music downloading case in the 1st Circuit illuminates the difference. There the jury awarded the record labels $675,000 in statutory damages. The trial judge on due process grounds reduced that amount to $67,500 but the 1st Circuit reversed the trial judge and reinstated the jury’s damage award.  See my earlier posts on this case here and here.

Another reason for unpredictability is the difficulty in handicapping whether a jury will find the infringing conduct to be willful or not. Each side at trial will paint a different picture. Plaintiff will stress the knowing and intentional nature of the infringement or defendant’s reckless disregard for plaintiff’s rights. Defendant will argue innocence or unintentional conduct taken in good faith reliance on the advice of others or pursuant to an ambiguous license agreement.

Still another reason for unpredictability is that, although the courts have created their own criteria for determining the amount of statutory damages, they may give whatever weight they wish to each factor, considering all, some or none.

Other courts expressly reject making statutory damages a multiplier of actual damages, stating that such a mathematical formula or equation is “spurious.” Instead, these courts assess significant statutory damages (sometimes in the millions) to deter future infringing conduct.

As a result, the same plaintiff in different cases involving similar infringing conduct may be awarded different amounts. Even the same case may produce a much different result on retrial, as evidenced by Capitol Records, Inc. v. Thomas-Rasset.

In Thomas, record companies sued defendant for downloading 24 songs and then making them available through her Kazaa shared folder. In the first trial, the jury assessed statutory damages of $220,000 ($9,250 per song). The trial judge vacated the verdict because of an error in jury instructions. In dictum the judge noted that the award was “wholly disproportionate to the damages suffered by Plaintiffs.”

When the case was retried, the jury increased the award to $1.92 million ($80,000 per song) or more than eight times the damages awarded in the first trial. But the trial court in a decision in January 2010 reduced the verdict by 97 percent to $54,000 ($2,250 per song or 3 times the minimum statutory damages amount) based on the common-law doctrine of remittitur. The trial judge reasoned that a “verdict [of] $2 million for stealing 24 songs” by “noncommercial individuals” “is simply shocking” and was not justified by the need for deterrence.

The trial judge gave the record labels seven days to either accept the remitted award of $2,250 per song or agree to a third trial on damages. When the labels declined to accept the remitter, the jury in the third trial assessed $1.5 million in statutory damages or $62,500 for each song. See news report here. But the trial judge finding this amount “appalling,” slashed it to $54,000—$2,250 per song.

Thus the verdict in this case has moved up and down like the stock market. The case is now on appeal to the Eighth Circuit.

Is this unpredictability here to stay? I think so. The range of statutory damages and the discretion given to courts and juries in fixing the amount is simply too great to be able to predict the result with any degree of comfort. Will due process considerations help to reduce unpredictability? Again I think not. Statutory damages awards, although unpredictable, are not unlimited. Congress has set a range for these awards which gives notice of the potential liability and therefore any award within that range is entitled to substantial deference. But stay tuned Tenenbaum (back in the trial court) and Thomas-Rasset (before the Eight Circuit) will continue to raise constitutional issues that will educate us all.

Other Posts about Statutory Damages

If you would like to add to the discussion about clearing up the statutory damages confusion, please do.